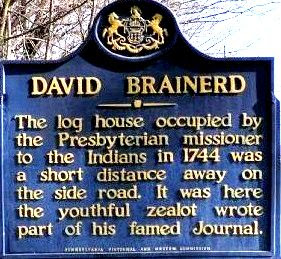 David Brainerd was born in Haddam, Connecticut, APRIL 20, 1718.
His parents died while he was a young teenager. 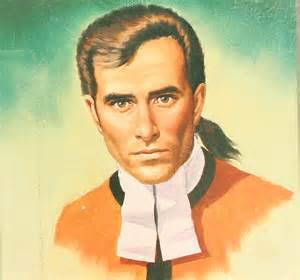 He attempted farming, but on July 12, 1739, he had an experience with God of "unspeakable glory" that gave him a desire to "seek first His Kingdom." 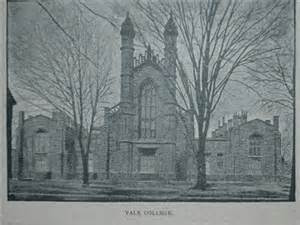 A Connecticut law forbade the appointment of ministers unless they graduated from Harvard, Yale or a European institution, so in 1740, Brainerd entered Yale. 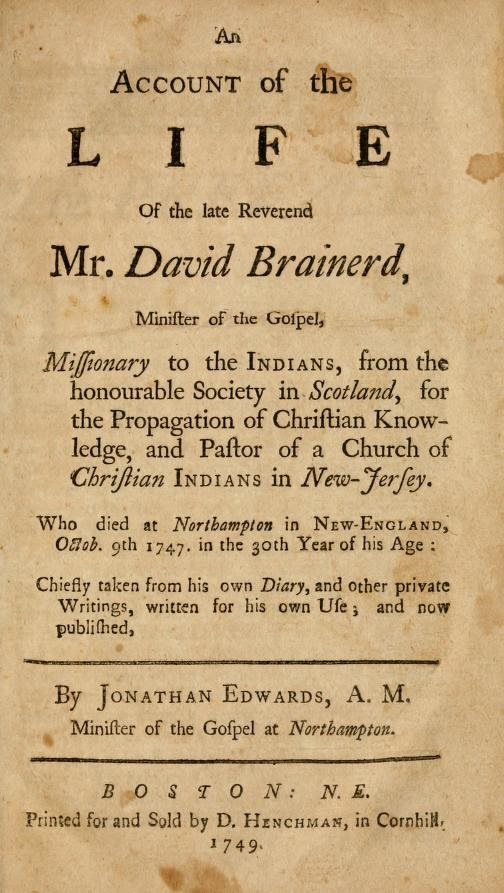 His freshman year, he wrote:
“I was spending some time in prayer and self-examination, when the Lord by His grace so shined into my heart that I enjoyed full assurance of His favor.
﻿Passages of God’s Word opened to my soul with divine clearness, power, and sweetness ... with clear and certain evidence of its being the Word of God.” 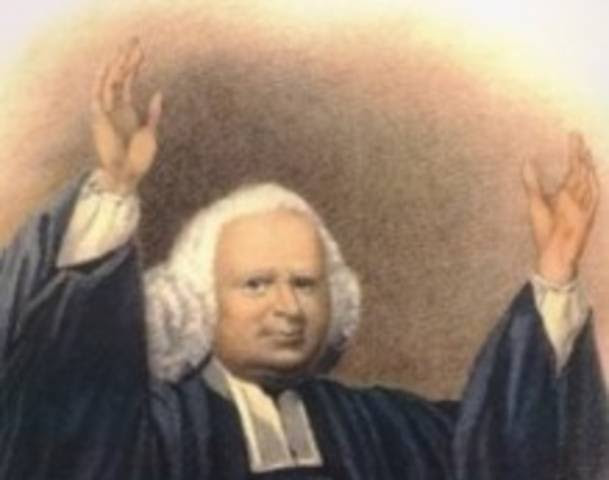 As the Great Awakening grew, tensions arose between the New Lights, who supported enthusiastic Holy Spirit led revivals, and the Old Lights, who opposed revivals as fanatical.
This spread onto college campuses, with students focusing on personal salvation, and faculty focusing on the strictures of the Bible covenants.
Great Awakening preachers included: 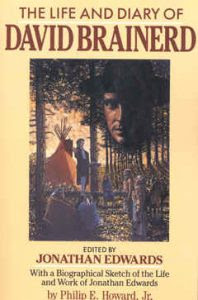 The books Beloved Yankee by David Wynbeck (Eerdmans, 1965) and The Life and Diary of David Brainerd by Jonathan Edwards, (Moody Press), record that during Brainerd’s sophomore year:
﻿“A great and general awakening spread itself over the college.”
He wrote:
“I was much quickened and more abundantly engaged.” 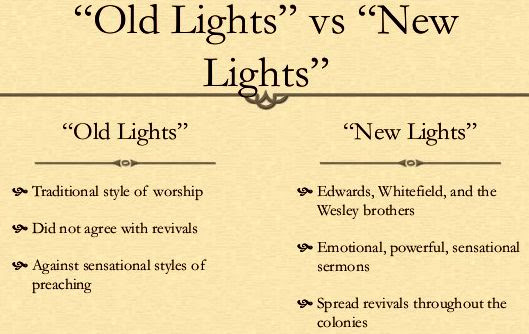 Wanting his classmates to know Jesus, he “visited each room in the college, and discussed freely and with great plainness.”
David Brainerd helped lead the “New Light” movement at Yale.
Rather than dead religious formality of the "Old Lights," he wanted to exhibit “a living faith preached by a living preacher.” 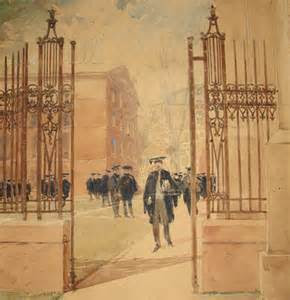 Some in the Connecticut legislature were embarrassed to learn:
“... some undergraduate students have made it their practice, day and night, and sometimes for several days together, to go about in the town of New Haven as other towns, and before great numbers of people to teach and exhort, much after the same manner that ministers of the gospel do in their public preaching.”
They urged the college to reign in these overzealous students. 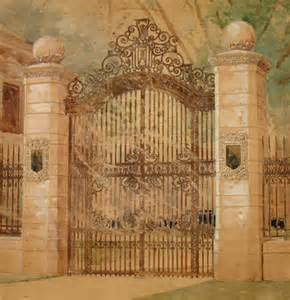 In 1741, Yale trustees decreed that:
"If any student of this College shall ... say, that the rector ... trustees or tutors are hypocrites, carnal or unconverted men, he shall for the first offense make a public confession in the hall, and for the second offense be expelled." 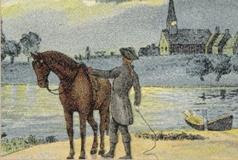 Brainerd was accused of saying that his tutor, Chauncey Whittelsey, "has no more grace than a chair."
Brainerd was expelled. 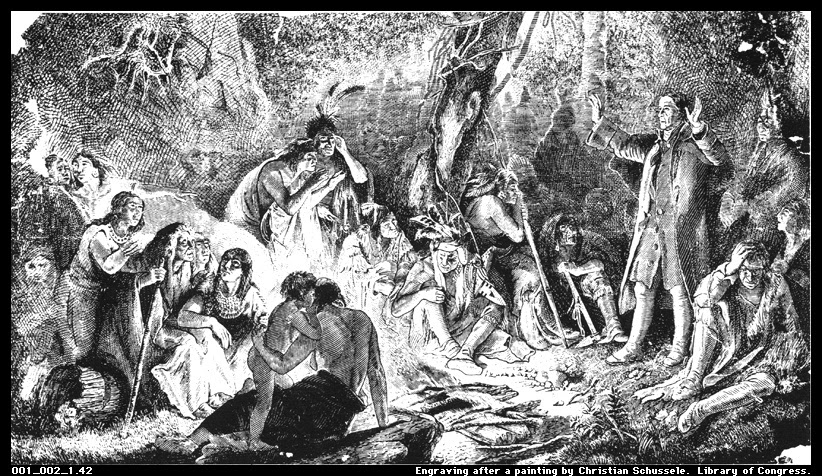 In 1742, he obtained a license to preach from an organization of "New Light" evangelicals.
He was offered respectable pastorates in New England towns, but instead became a missionary to the Indians, learning their language and living as they did. 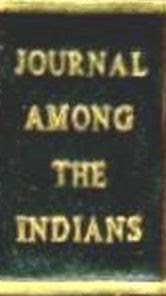 He was supported by the "Society in Scotland for Propagating Christian Knowledge" to do missionary work among Native Americans.
He also began to display early symptoms of tuberculosis. 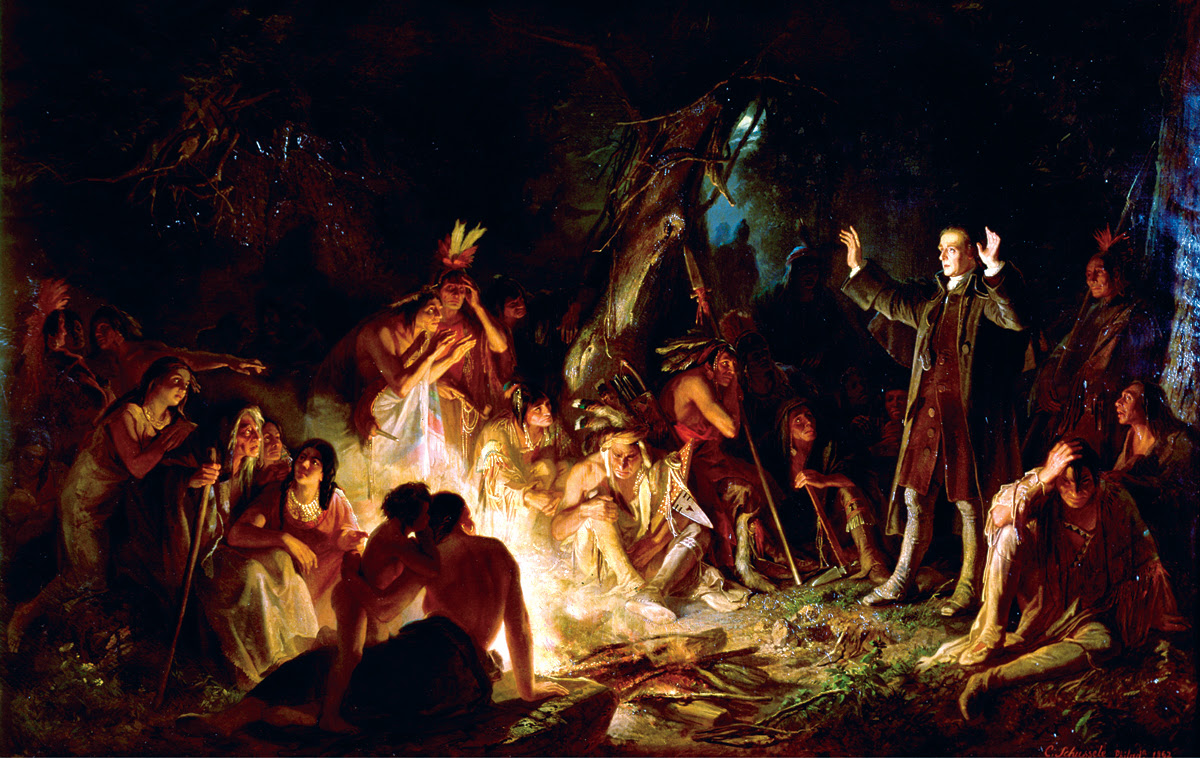 For two years, it seemed as if there would be no fruit, but then a revival began.
Brainerd said as he preached to the Indians on God's love:
“I stood amazed at the influence, that seized the audience almost universally, and could compare it to nothing more aptly than the irresistible force of a mighty torrent of swelling deluge ...
Old men and women who had been drunken wretches for many years, children, and persons of middle age began crying 'Guttummaukalummeh,' i.e., ‘have mercy on me' ...
It might have convinced an atheist, that the Lord was indeed in the place.”

A chief’s daughter converted, then her husband “whom she had brought to hear of the Jew who had died also for the Lenni-Lenape Indians.”
Husbands and wives reunited, and an ancient conjurer converted, and later became an evangelist.
“Love seemed to reign among them,” said Brainerd, “They took each other by the hand with tenderness and affection, as if their hearts were knit together.” 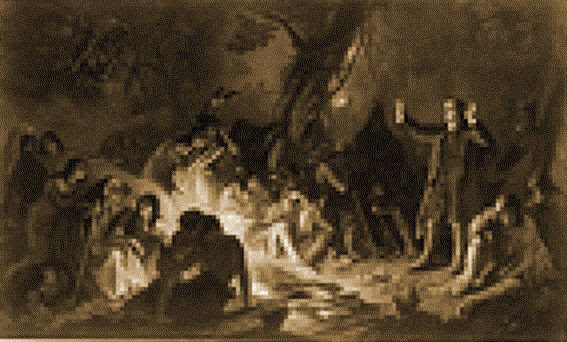 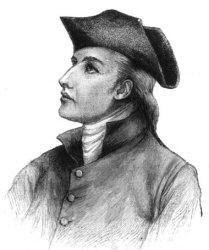 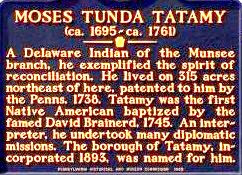 His interpreter, Moses Tunda Tatamy, helped him minister to Indians along the Susquehanna and Delaware Rivers. 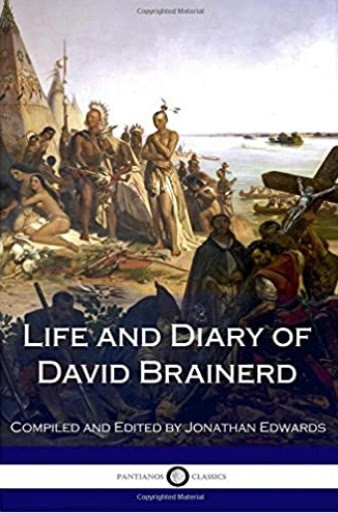 Camping at night, David Brainerd wrote in his Journal:
"FORKS OF DELAWARE, Pennsylvania, Lord's day, July 21, 1745.
Preached to the Indians ... Divine truth seemed to make very considerable impressions and caused the tears to flow freely.
Afterwards I baptized my interpreter and his wife, who were the first I baptized among the Indians ...
Though before he had been a hard drinker ... it is now more than six months since he experienced this change;
in which space of time he has been exposed to strong drink in places where it has been moving free as water; yet has never desired after it ...
He discourses feelingly of the conflicts and consolations of a real Christian." 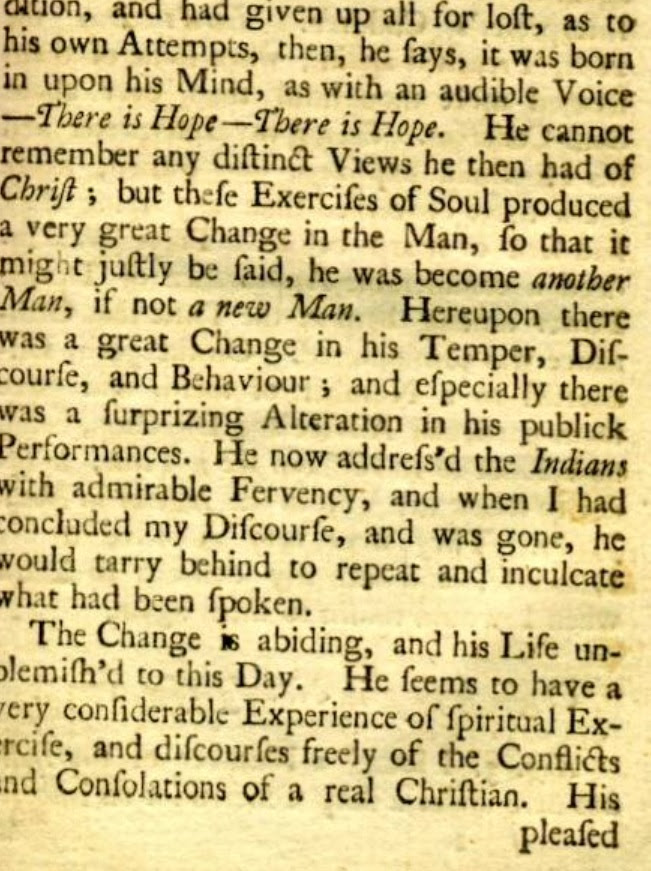 David Brainerd worked with the Crossweeksung Indians in New Jersey, starting a church which grew to 130 members.
He wrote:
"It is remarkable that God began this work among the Indians at a time when I had the least hope, and to my apprehension the least rational prospect of success."

He wrote in his diary:
"I could have no freedom in the thought of any other business ... All my desire was the conversion of the heathen, and all my hope was in God:
God does not suffer me to please or comfort myself with hopes of seeing friends, returning to my dear acquaintance, and enjoying worldly comforts." 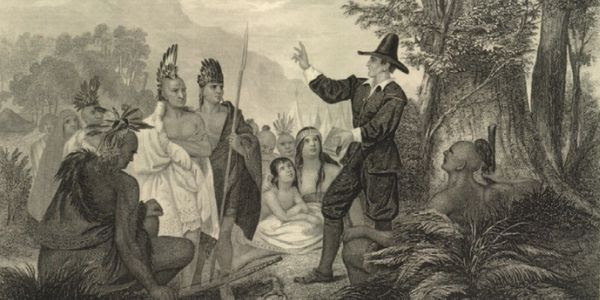 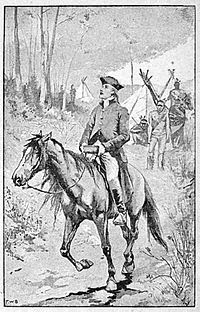 David Brainerd traveled over 3,000 on horseback in his missionary efforts and often slept in cold, rainy woods.
An Indian convert told her grandchildren of the beloved Yankee missionary:
“He slept on a deer skin or a bear-skin. He ate bear-meat and samp (corn meal); then we knew he was not proud ...
He was a young man; he was a lovely man; he was a staff to walk with." 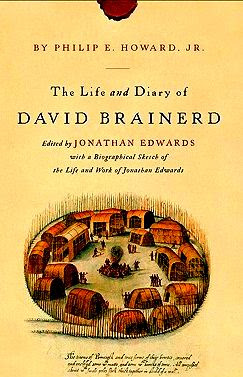 Regarding his relationship with the Lord, he wrote: 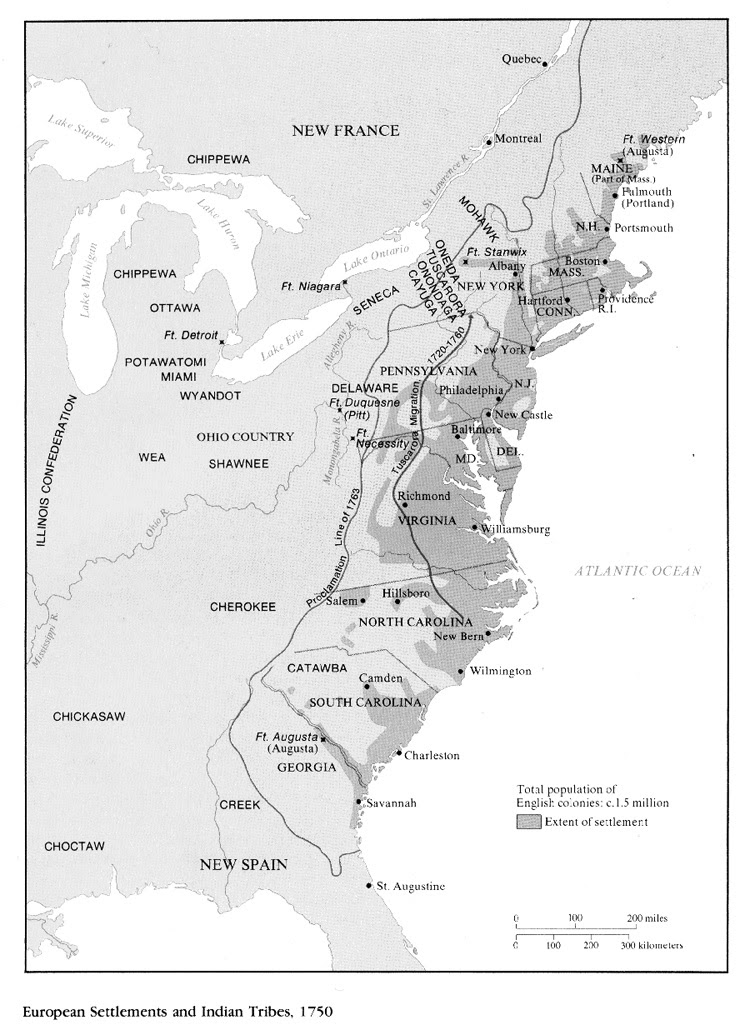 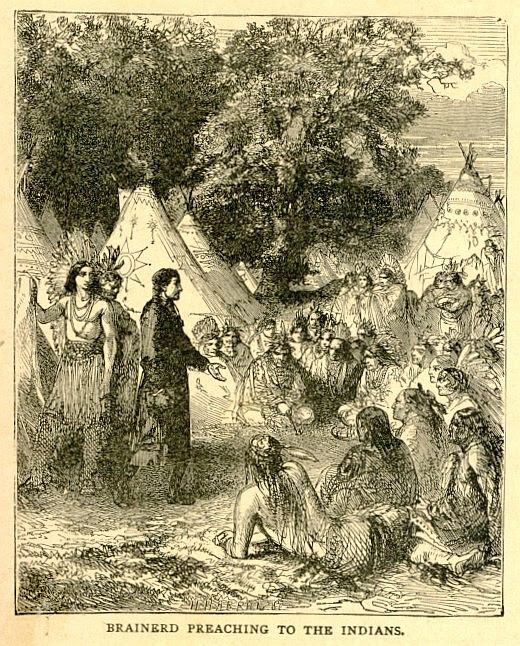 Overcoming lack of food and depression from advanced stages of tuberculosis, sometimes coughing up blood, Brainerd wrote in his diary:
"In the greatest distress that ever I endured having an uncommon kind of hiccough; which either strangled me or threw me into a straining." 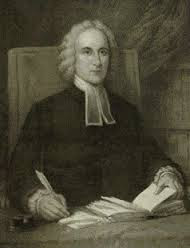 Finally too ill to minister, he was taken in by Princeton president Jonathan Edwards, who wrote down his life story.
Published in 1749, An Account of the Life of the Late Reverend Mr. David Brainerd, the book has never been out of print, and has inspired millions, including: 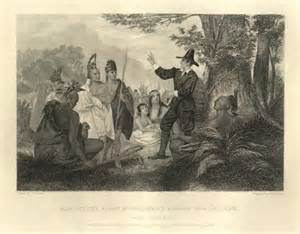 In his final illness, David Brainerd stated:
"All my desire was the conversion of the heathen...
I declare, now I am dying, I would not have spent my life otherwise for the whole world."
He stated:
"I longed to be a flame of fire continually glowing in the divine service and building up of Christ's kingdom to my last and dying breath." 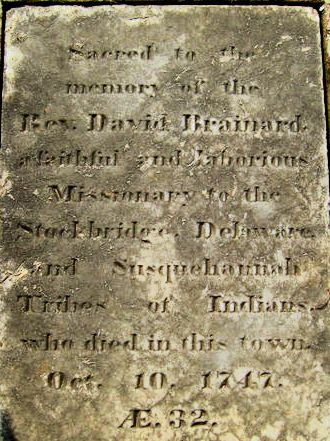 David Brainerd died at the age of 29.
His gravestone notes his work with Indians of New York, New Jersey, and Pennsylvania:
"Sacred to the memory of the
Rev. David Brainerd.
A faithful and laborious
Missionary to the
Stockbridge, Delaware
and Sasquehanna
Tribes of Indians
who died in this town.
Oct. 10, 1747." 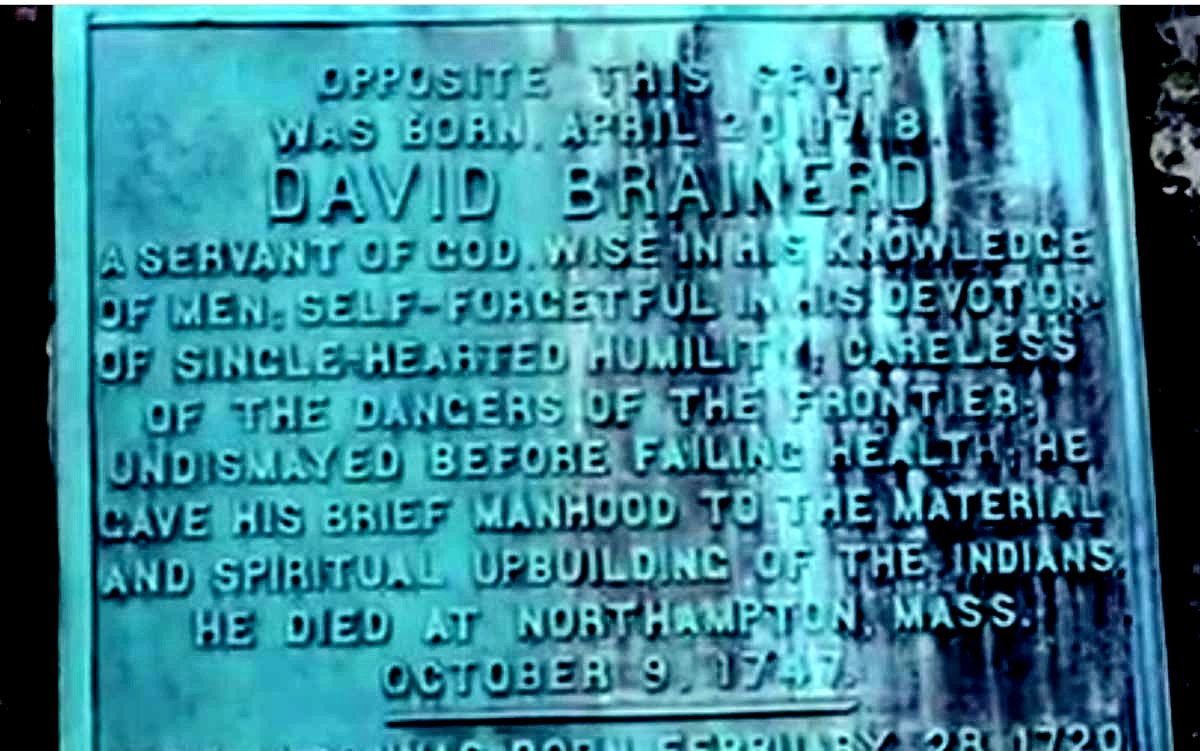 Brainerd's life played a role in establishing the colleges of Dartmouth and Princeton.

Jonathan Dickinson actually began Princeton (The College of New Jersey) by teaching classes in his home while David Brainerd was recovering there. 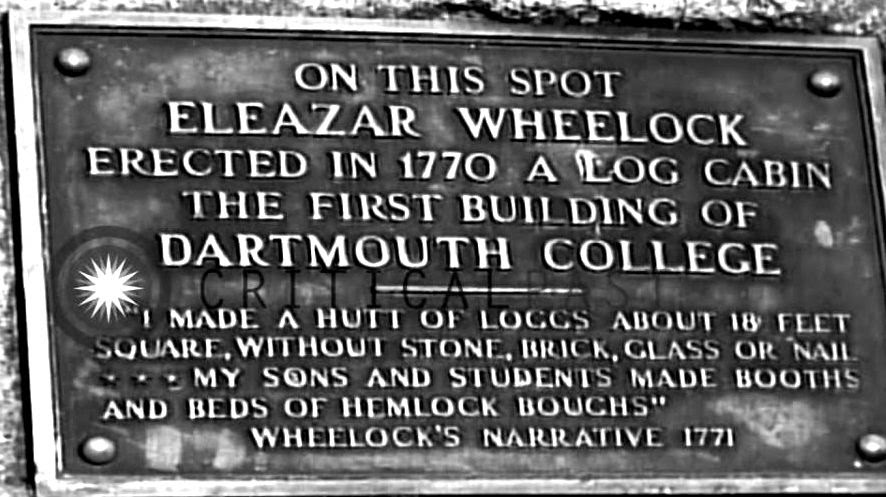 Dartmouth College began in 1748 as a school for Native Americans and colonists, founded by Eleazar Wheelock, who had been inspired by Brainerd's ministry to the Indians. 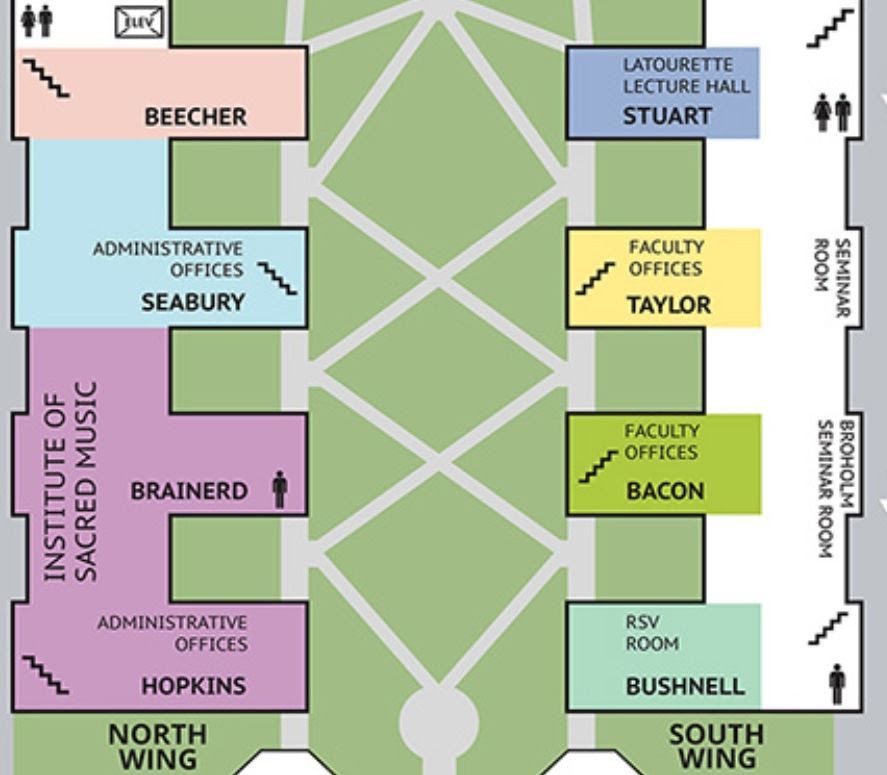 Yale's Divinity School named a building "Brainerd Hall," the only building named after a student who had been expelled. 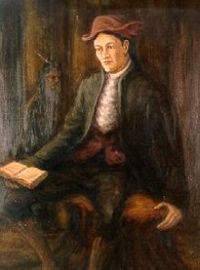 David Brainerd wrote:
--
American Minute posts by American Priorities 501(c)3
American Minute is a registered trademark of William J. Federer. Permission is granted to forward, reprint, or duplicate, with acknowledgment.
Fair Use Disclaimer (17 U.S. Code § 107): The above work is provided for not-for-profit educational purposes, free of charge, add free, and noncommercial. All images, text, excerpts and quotations included therein are for the purposes of teaching, scholarship, research, criticism, comment, and news reporting.