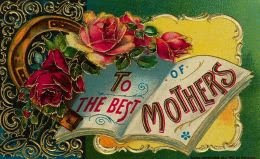 After the Civil War, abolitionist Julia Ward Howe, writer of "The Battle Hymn of the Republic, led a Mother's Day for Peace in New York on June 2, 1872, to promote peace, national healing and reconciliation.
She composed a proclamation to "appeal to womanhood throughout the world"

Julia Ward Howe personally sponsored a Mothers' Day celebration in Boston for the next ten years till interest dwindled. 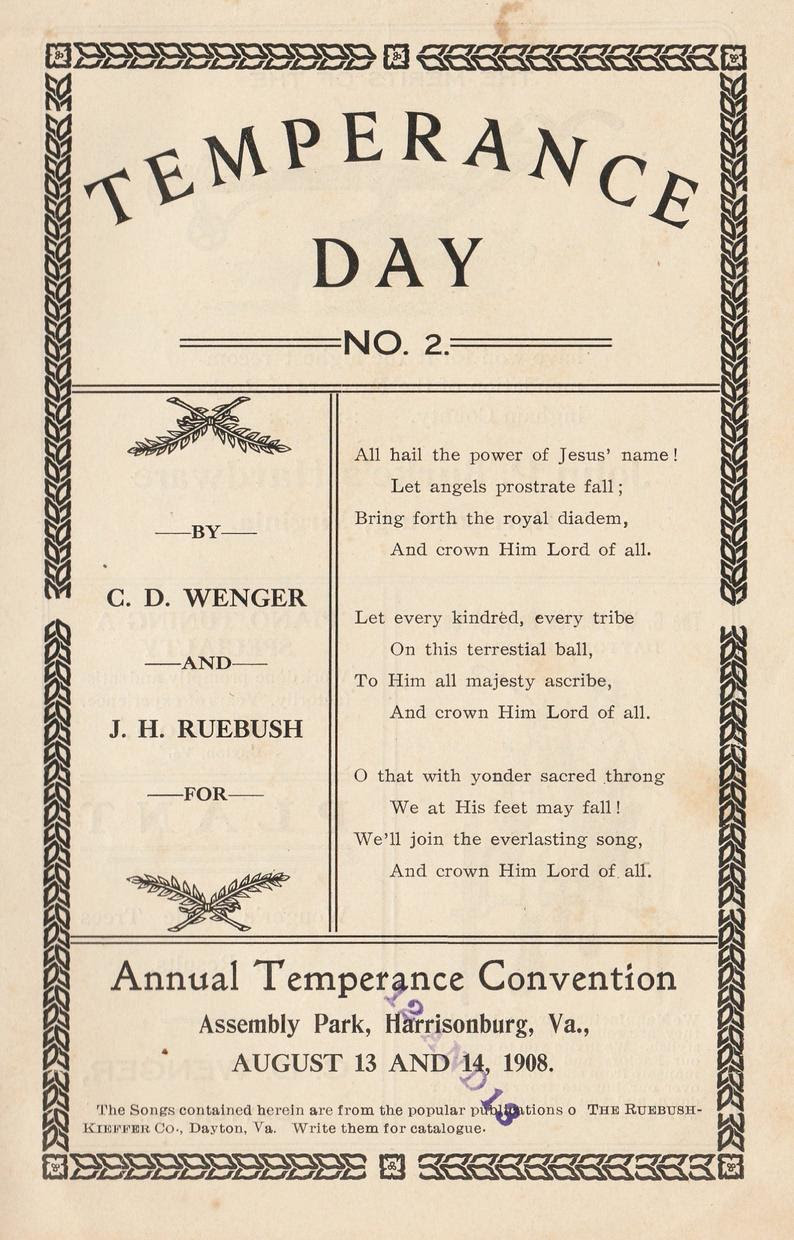 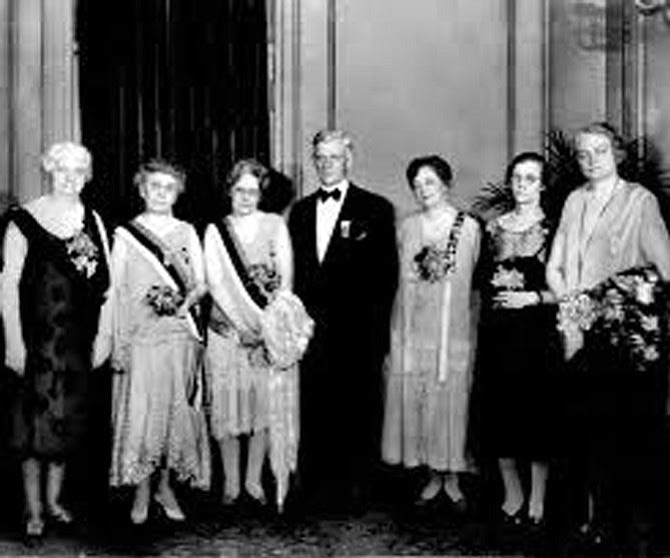 A suggestion for honoring motherhood was made by University of Notre Dame's first athletic director, Frank Hering,
In 1904, Hering observed a Notre Dame professor passing out penny postcards to students, with the instructions to write:
“Anything. Anything at all as long as it’s to their mothers. We do this every month in this class. One day a month is mother’s day.” 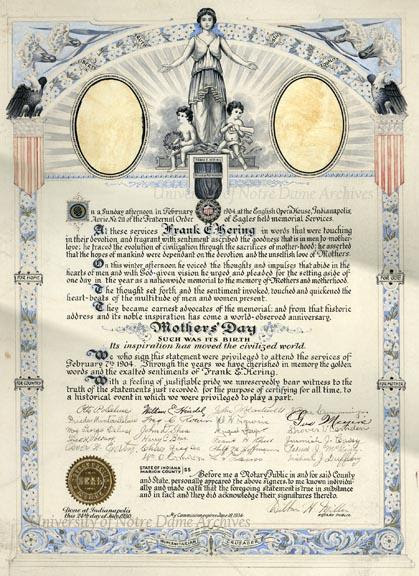 Hering proposed "setting aside one day in the year as a nationwide memorial to the memories of mothers and motherhood," stating:
"Throughout history the great men of the world have given their credit for their achievements to their mothers. The Holy Church recognizes this, as does Notre Dame." 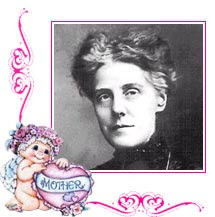 Taking the day from a suggestion to a reality was Anna Jarvis.
She is the person most responsible for making Mother's Day a nationally observed event. 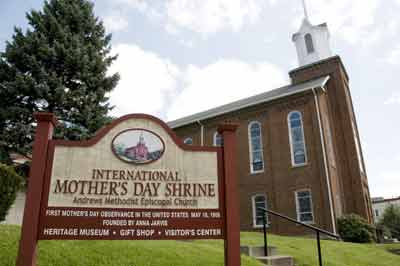 Anna was from Grafton, West Virginia, the granddaughter of a Baptist minister.
﻿She a member of Andrews Methodist Episcopal Church, where she taught Sunday school. 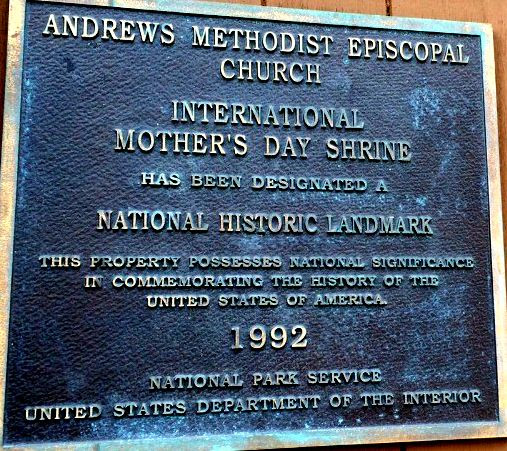 In 1876, after one of her Bible lessons, Anna Jarvis closed with a prayer:
"I hope and pray that someone, sometime, will found a memorial mothers day commemorating her for the matchless service she renders to humanity in every field of life. She is entitled to it." 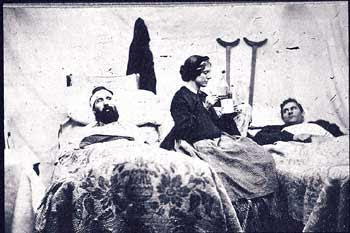 Similar to Clara Barton, founder of the American Red Cross, Anna Jarvis' mother worked during the Civil War to organize Mothers' Day Work Clubs to care for wounded soldiers, both Union and Confederate. 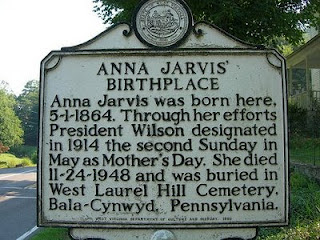 Anna's mother raised money for medicine, inspected bottled milk, and improved sanitation.
She arranged in 1868 a "Mother's Friendship Day" -- "to reunite families that had been divided during the Civil War."
She hired women to care for families where mothers suffered from tuberculosis, May 9, 1905. 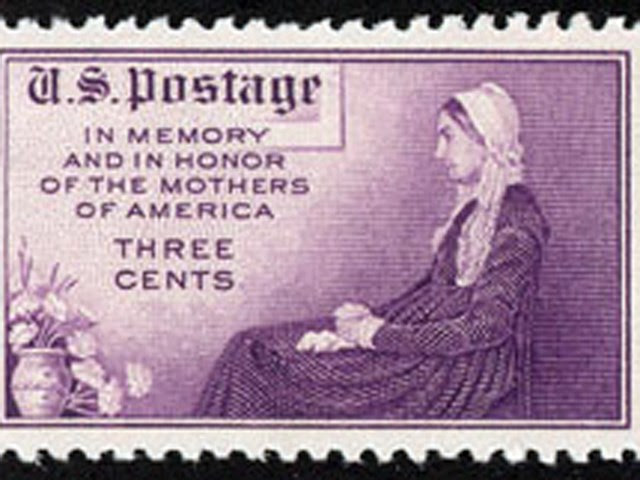 Inspired by her mother's self-sacrifice and generosity, Anna Jarvis wanted to honor her and all mothers.
On May 12, 1907, Anna persuaded her church, Andrews Methodist Episcopal Church, to have a small Mother's Day service.
The church then agreed to set aside every year the 2nd Sunday in May, the anniversary of her mother's death, as a day to show appreciation to all mothers -- the makers of the home. 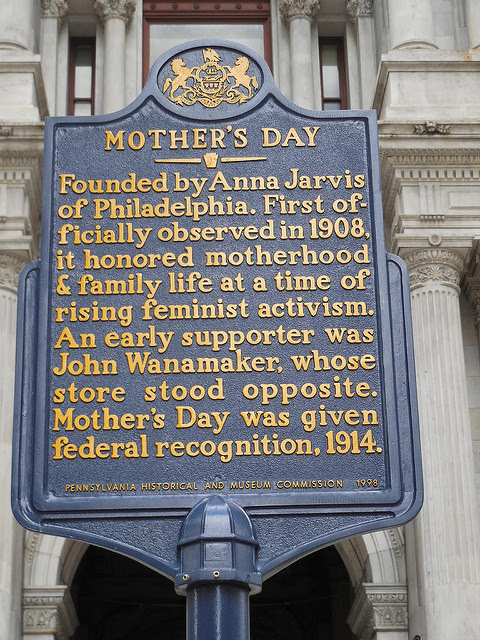 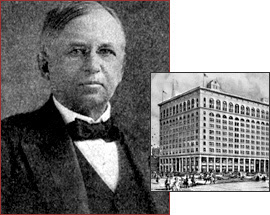 John Wanamaker was a retail pioneer and founder of one the first department stores. 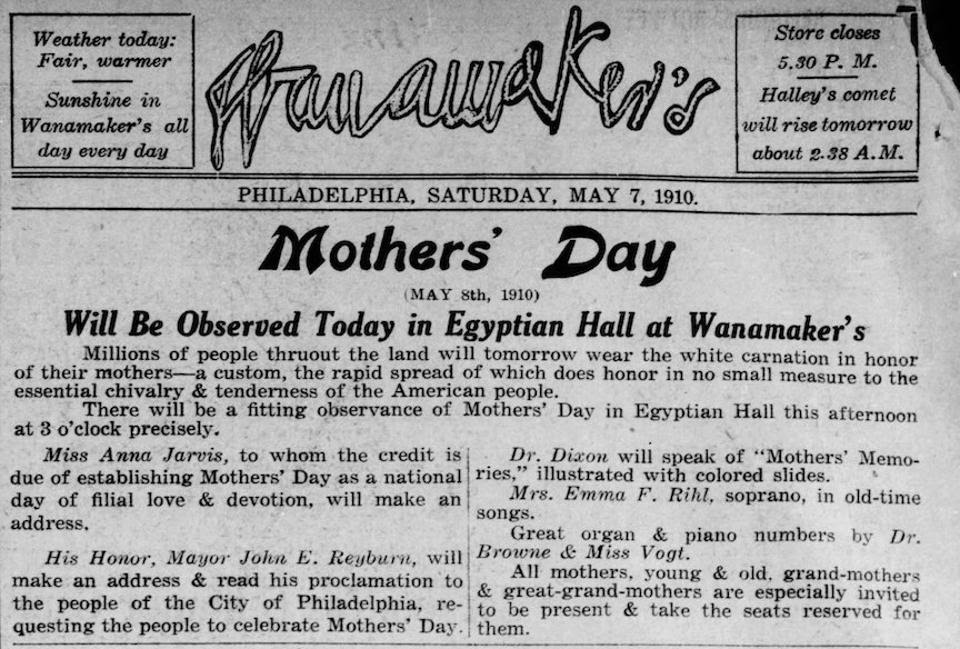 Wanamaker, who had paintings of Christ throughout his store, stated:
"There is a power in the Gospel of the Lord Jesus Christ. Keep uppermost the profound conviction that it is the Gospel that is to win the heart and convert the world.
The things that were sweet dreams in our childhood are now being worked out. The procession is being made longer and longer; the letters of Christ's name are becoming larger and larger." 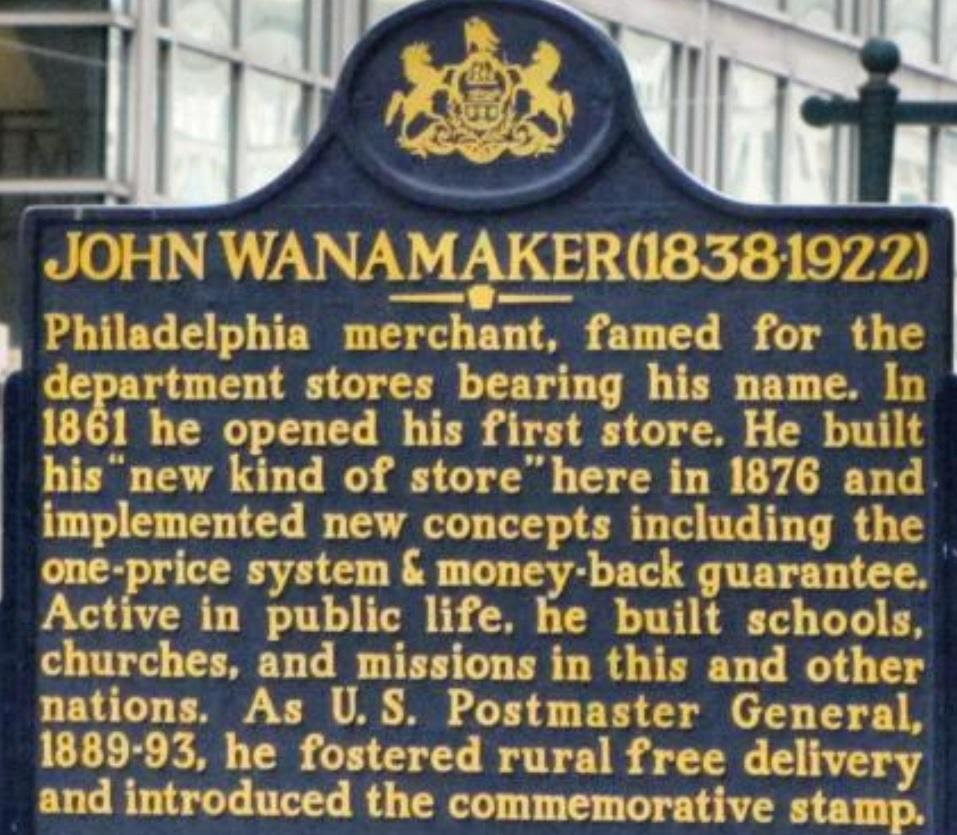 With the financial backing of John Wanamaker and H.J. Heinz, maker of "57 varieties" of ketchup, Anna Jarvis began a letter-writing campaign to ministers and politicians to establish a "national" Mothers' Day. 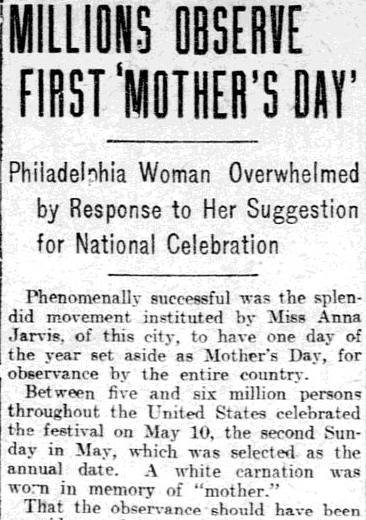 Due to the overwhelming support of pastors and churches, by 1909, forty-five states observed Mother's Day.
People wore white and red Carnations on Sunday to pay tribute to their mothers.
On May 8, 1914, Congress designated the second Sunday in May as Mother's Day. 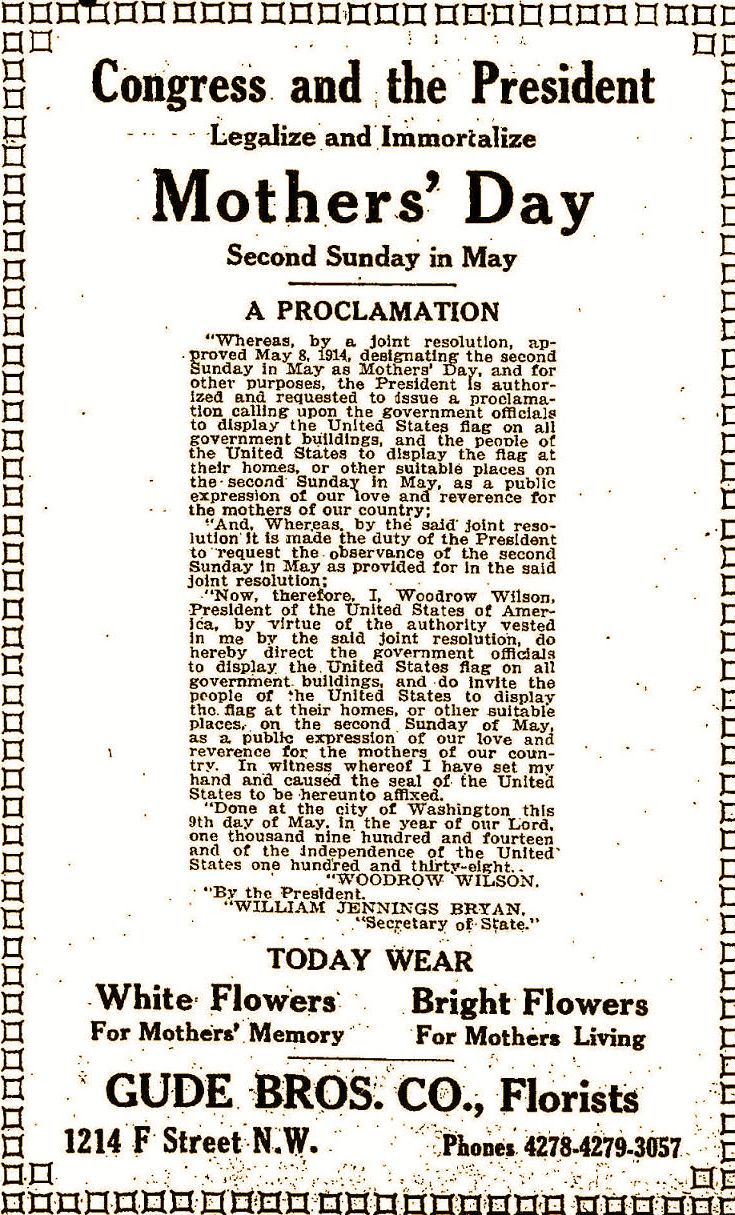 On MAY 9, 1914, President Woodrow Wilson proclaimed the first National Mothers' Day as a:
"public expression of ... love and reverence for the mothers of our country." 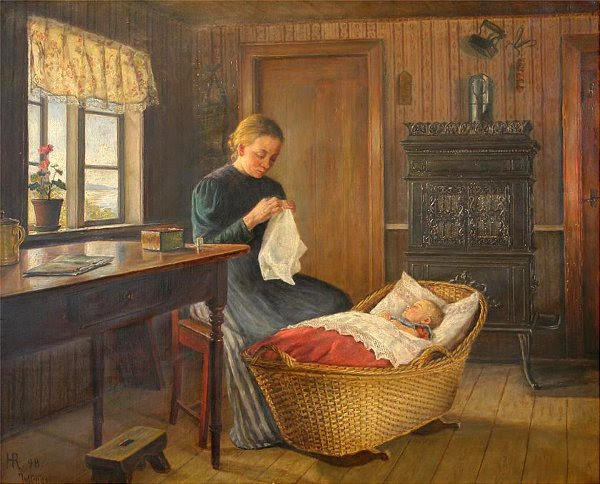 President Reagan said in his Mother's Day Proclamation, 1986:
"A Jewish saying sums it up: 'God could not be everywhere - so He created mothers.'" 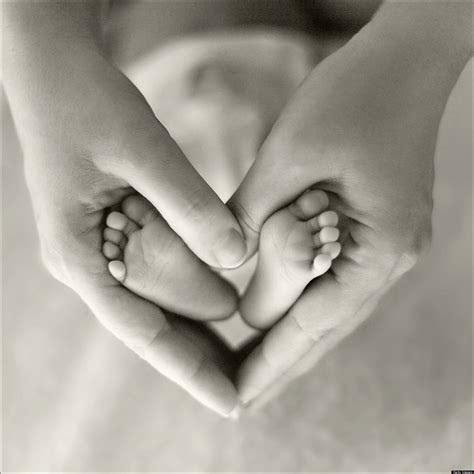 Mothers have the role of imparting values into children, as American poet William Ross Wallace wrote:
"The hand that rocks the cradle is the hand that rules the world."

Dr. James Dobson addressed the National Religious Broadcasters, Feb. 16, 2002:
"If they can get control of children ... they can change the whole culture in one generation." 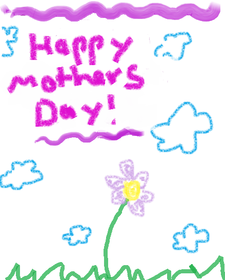 This was echoed by historians Will and Ariel Durant in The Lessons of History, 1968:
"Civilization is not inherited; it has to be learned and earned by each generation anew;
if the transmission should be interrupted ... civilization would die, and we should be savages again." 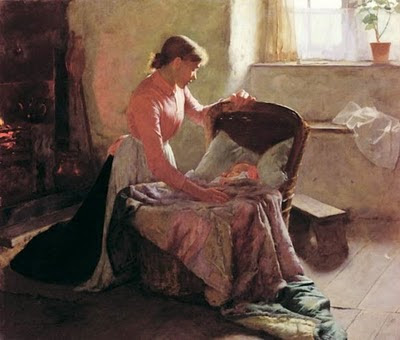 On February 3, 1983, at the annual National Prayer Breakfast, President Ronald Reagan stated:
"I have a very special old Bible.
And alongside a verse in the Second Book of Chronicles there are some words, handwritten, very faded by now.
﻿And believe me, the person who wrote these words was an authority. Her name was Nelle Wilson Reagan. She was my mother." 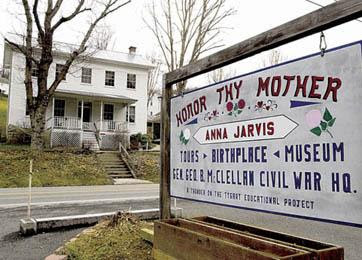 Reagan stated:
"Freedom is never more than one generation away from extinction.
﻿We didn't pass it to our children in the bloodstream.
It must be fought for, protected, and handed on for them to do the same, or one day we will spend our sunset years telling our children and our children's children what it was once like in the United States where men were free." 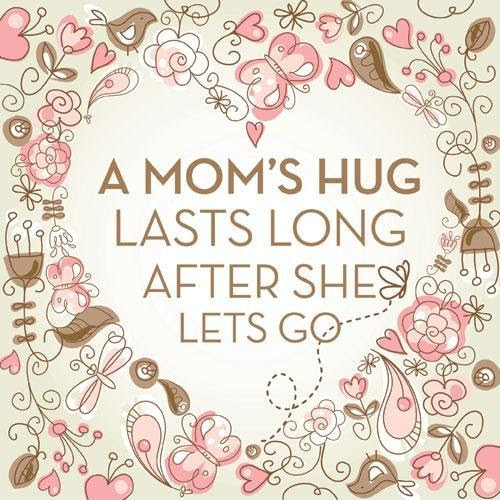 Quotes by unknown authors are:
"Mothers hold their children's hands for a short while, but their hearts forever."
"A mom's hug lasts long after she lets go." 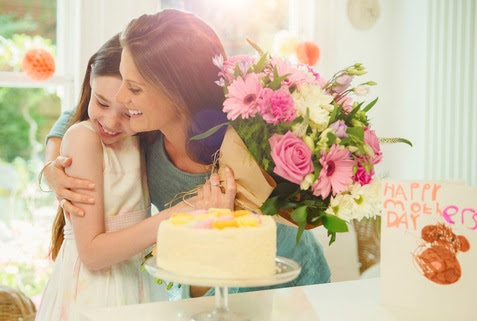 On Mother’s Day, May 8, 2020, President Donald J. Trump proclaimed:
"We celebrate the exceptional mothers in our lives ...
Whether they became mothers through birth, adoption, foster care, or other means, these women are deserving of our unending gratitude and praise this day and every day.
The intuition and wisdom passed from mother to child strengthens the fabric of our Nation and preserves generations of wisdom and familial values.
In our earliest days, our mothers provide us with love and nurturing care.
They often know our talents before we do, and they selflessly encourage us to use these God-given gifts to pursue our biggest dreams ...
I encourage all Americans to express their love and respect for their mothers ... whether with us in person or in spirit, and to reflect on the importance of motherhood to the prosperity of our families, communities, and Nation." 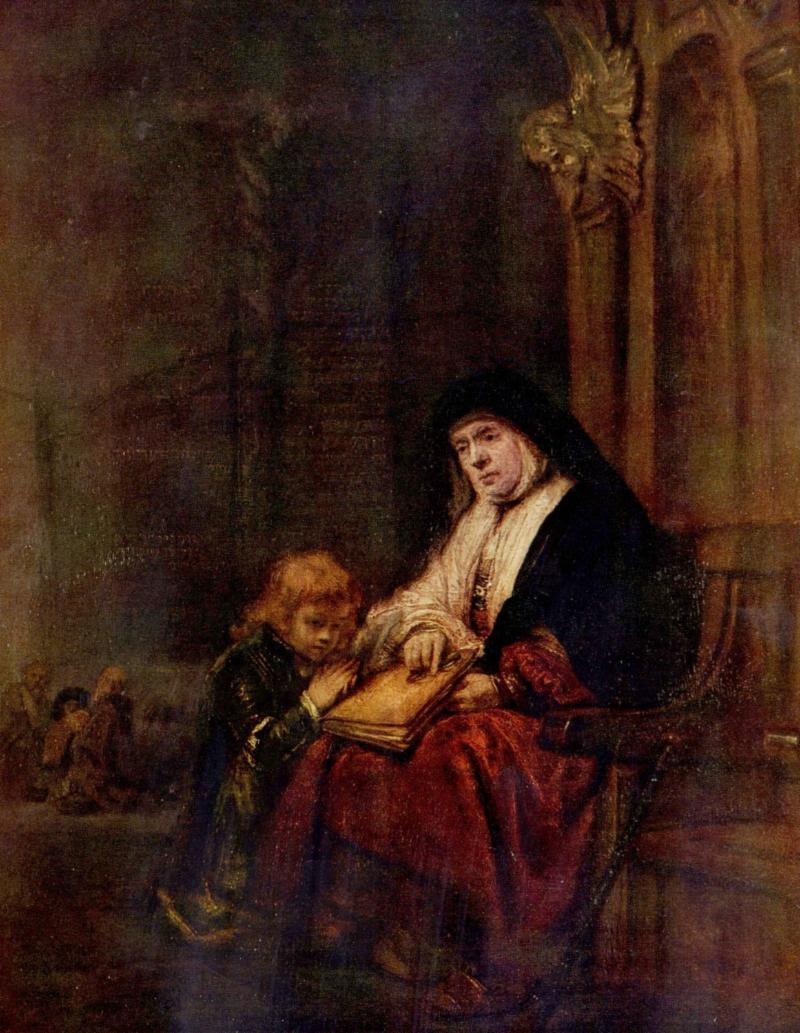 The Apostle Paul wrote to Timothy (2 Timothy 1:5):
"I have been reminded of your sincere faith, which first lived in your grandmother Lois and in your mother Eunice and, I am persuaded, now lives in you also." 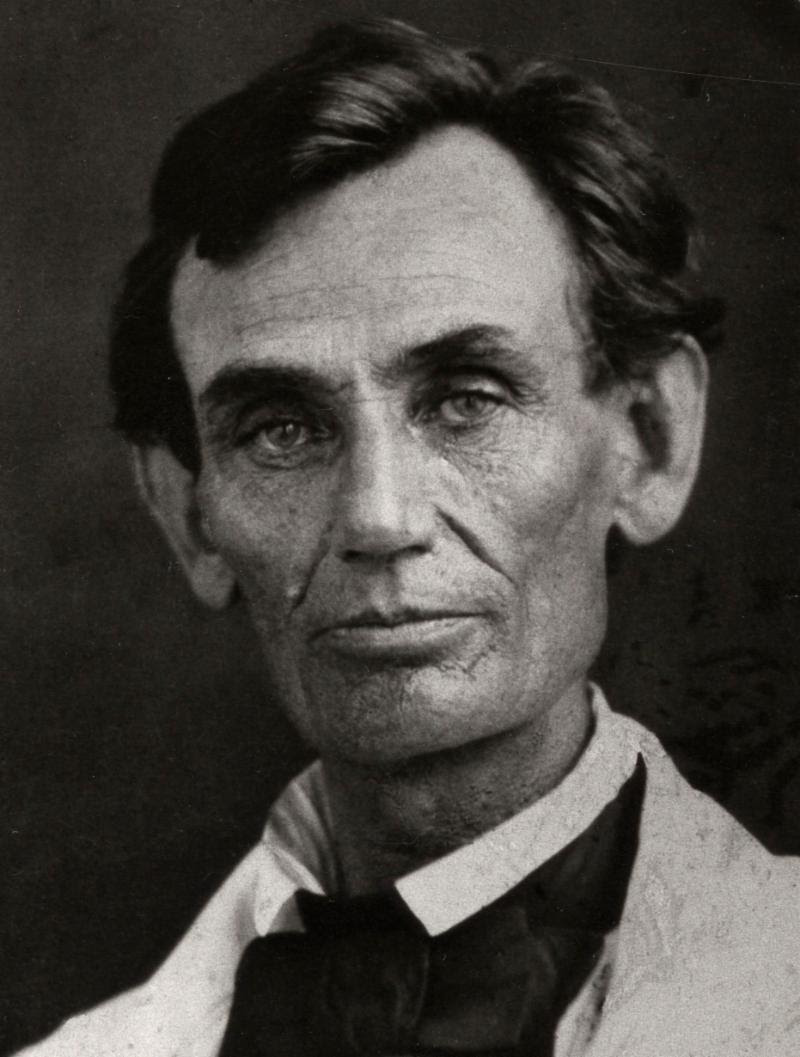 Abraham Lincoln's mother, Nancy, died with he was nine years old.
The Life of Abraham Lincoln, by J. G. Holland (Springfield, IL, Gurdon Bill, 1866) recorded:
"(Lincoln's father Thomas) ... married Nancy Hanks in 1806 ...
He took her to the humble cabin he had prepared for her ... and within the first few years of her married life, she bore him three children.
The first was a daughter named Sarah, who ... died ... the third was a son (Thomas) who died in infancy.
The second was Abraham, who, born into the humblest abode, under the humblest circumstances ... under the blessing of a Providence which he always recognized ...
Mrs. Lincoln, the mother, was evidently a woman out of place among those primitive surroundings.
She was five feet, five inches high, a slender, pale, sad and sensitive woman, with much in her nature that was truly heroic." 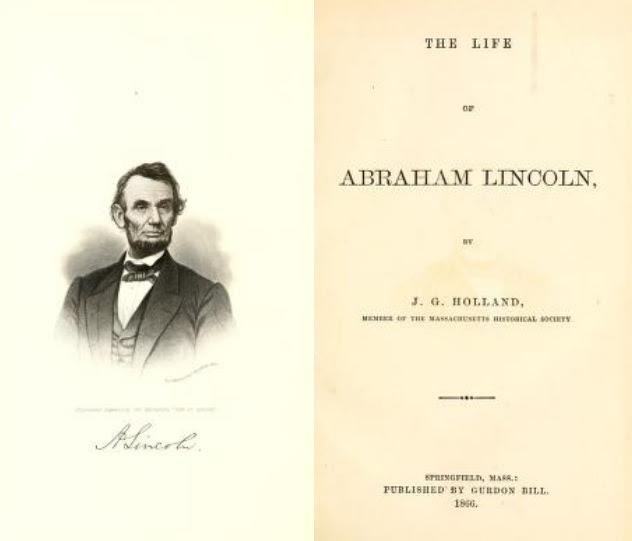 Holland's The Life of Abraham Lincoln (1866) continued:
"Those who knew the tender and reverent spirit of Abraham Lincoln later in life, will not doubt that he returned to his cabin-home deeply impressed by all that he had heard. It was the rounding up for him of the influences of a Christian mother's life and teachings.
It recalled her sweet and patient example, her assiduous efforts to inspire him with pure and noble motives, her simple instructions in divine truth, her devoted love for him, and the motherly offices she had rendered him during all his tender years.
His character was planted .. by this Christian mother's love." 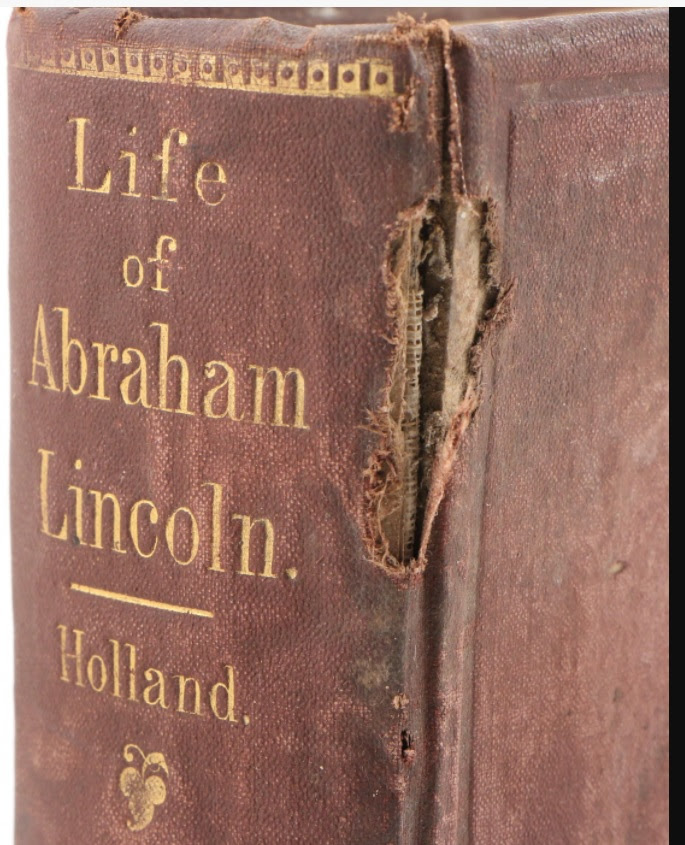 The Life of Abraham Lincoln (1866) recounted:
"Providence began at his mother's knee, and ran like a thread of gold through all the inner experiences of his life ....
A great man never drew his infant life from a purer or more womanly bosom than her own; and Mr. Lincoln always looked back to her with an unspeakable affection.
Long after her sensitive heart and weary hands had crumbled into dust ... he said to a friend, with tears in his eyes: 'All that I am, or hope to be, I owe to my angel mother!'" 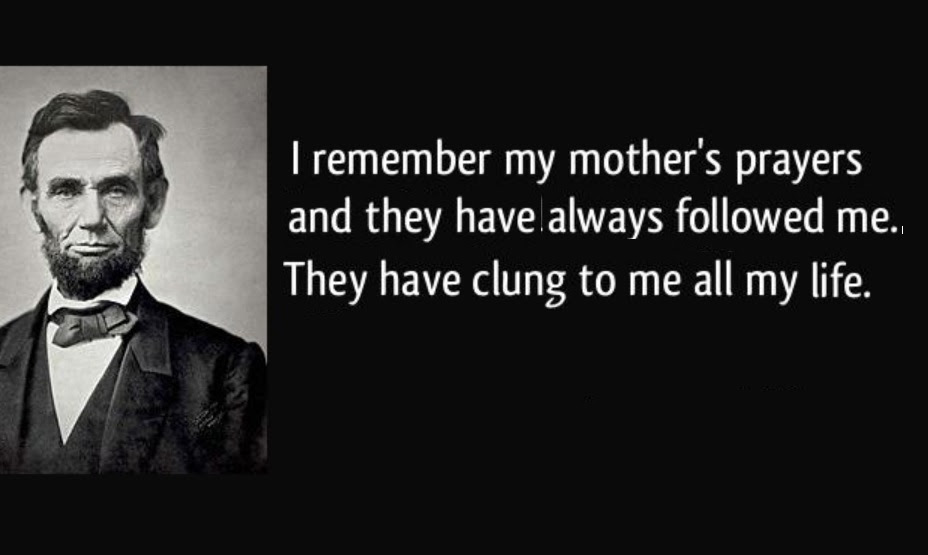 Lincoln wrote:
"I remember my mother's prayers and they have always followed me. They have clung to me all my life."
--
American Minute posts by American Priorities 501(c)3
American Minute is a registered trademark of William J. Federer. Permission is granted to forward, reprint, or duplicate, with acknowledgment.
Fair Use Disclaimer (17 U.S. Code § 107): The above work is provided for not-for-profit educational purposes, free of charge, add free, and noncommercial. All images, text, excerpts and quotations included therein are for the purposes of teaching, scholarship, research, criticism, comment, and news reporting.