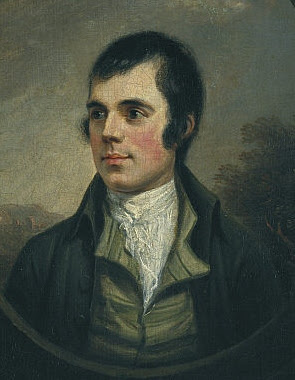 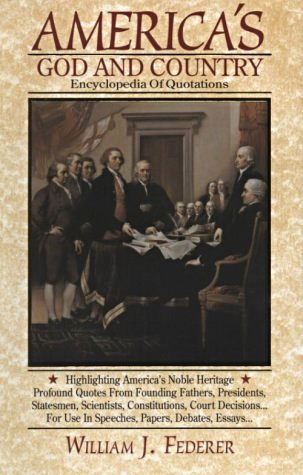 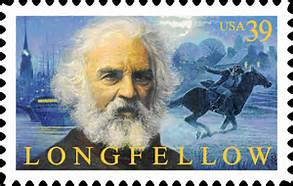 A similar poem was written by Henry Wadsworth Longfellow in 1881, titled "Auf Wiedersehen" (meaning "until we meet again").
Longfellow dedicated it to the memory of his friend James T. Fields.
The poem alluded to the Bible verse in Hebrews 11 "By faith ... women received their dead raised to life again," and that Heaven is where we will see our friends again forever:
"Until we meet again! That is the meaning
Of the familiar words, that men repeat
At parting in the street.
Ah yes, till then! but when death intervening
Rends us asunder, with what ceaseless pain
We wait for the Again! ...
Believing, in the midst of our afflictions,
That death is a beginning, not an end,
We cry to them, and send
Farewells, that better might be called predictions,
Being fore-shadowings of the future, thrown
Into the vast Unknown.
Faith overleaps the confines of our reason,
And if by faith, as in old times was said,
Women received their dead
Raised up to life, then only for a season
Our partings are, nor shall we wait in vain
Until we meet again! 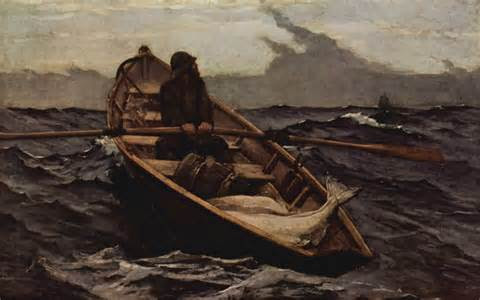 James T. Fields was born DECEMBER 31, 1817.
His father was a sea captain and died before Fields was three years old. 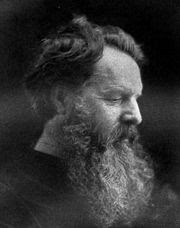 James T. Fields was the editor of The Atlantic Monthly, 1862-1870, where he became friends with the most notable writers of his day, including: 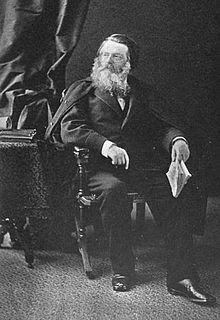 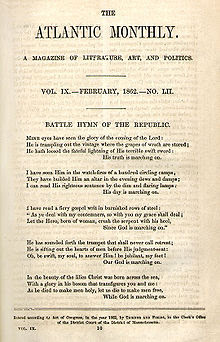 The Atlantic Monthly published many notable works, including:
Julia Ward Howe's "Battle Hymn of the Republic";
works of Mark Twain;
and later, Rev. Martin Luther King, Jr.'s response to pacifist clergy who argued that preachers should not get involved in politics.
King's "Letter from Birmingham Jail" referred to Christian and Jewish thinkers such as St. Augustine, St. Thomas Aquinas, Paul Tillich and Martin Buber. 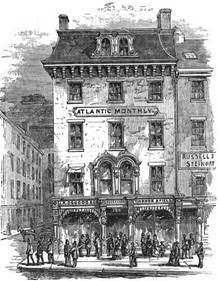 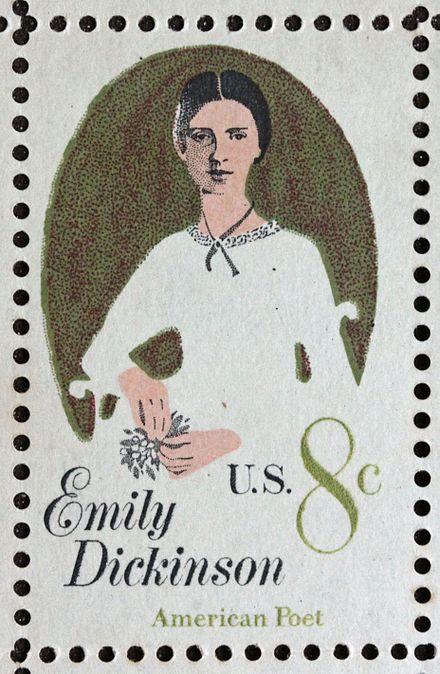 Of Puritan descent, Emily Dickinson's grandfather Samuel Fowler Dickinson founded Amherst College.
Growing up, her family had daily religious observances. At age 13, her father gave her a Bible.
She wrote in her letters of church sermons:
"We had such a splendid sermon from that Prof Park -- I never heard anything like it."
While Emily Dickinson was attending Amherst College in 1845, there was great religious revival which resulted in the Temperance Movement closing the town's saloons.
At this time, her father, Edward, and sister, Lavinia, publicly declared their faith in Christ and officially joined the Congregationalist Church, August 11, 1850.
Emily Dickinson wrote:
"I never enjoyed such perfect peace and happiness as the short time in which I felt I had found my savior ... (it was the) greatest pleasure to commune alone with the great God & to feel that he would listen to my prayers." 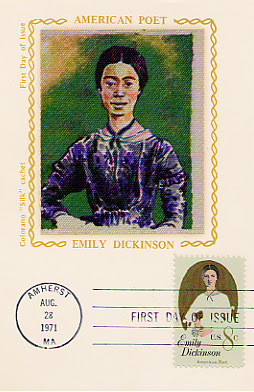 Though attending church regularly for years, she later mentioned in a poem written around 1852, that she still kept the Sabbath:
"Some keep the Sabbath going to Church -- I keep it, staying at Home." 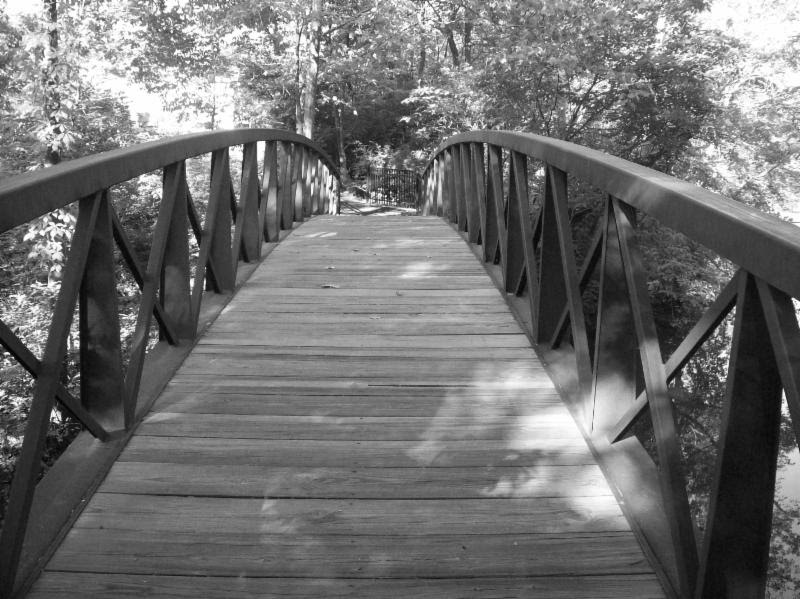 Though virtually unknown during her lifetime, Emily was a searching soul who allowed religious imagery to find its way into her poems.
She wrote:
"Faith — is the Pierless Bridge
Supporting what We see
Unto the Scene that We do not." 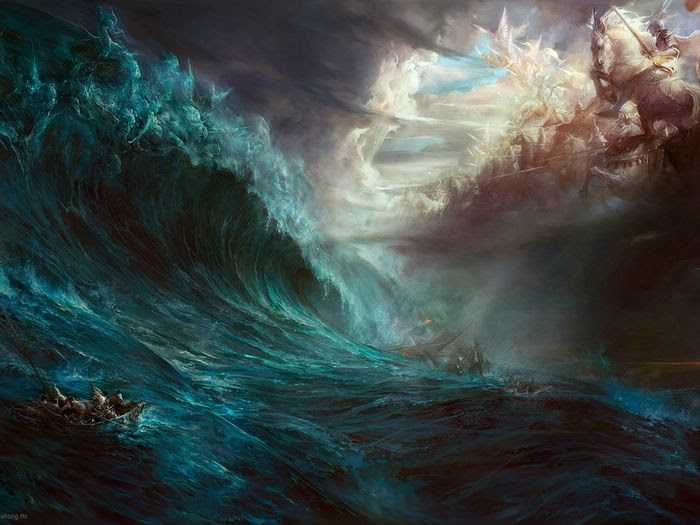 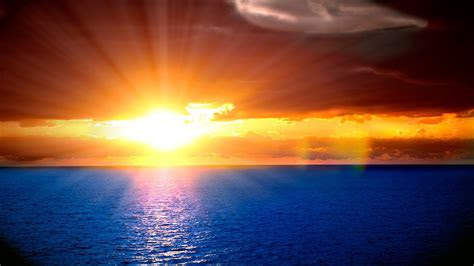 ... Of Periods of Seas -
Unvisited by Shores -
Themselves the Verge of Seas to be -
Eternity - is Those - 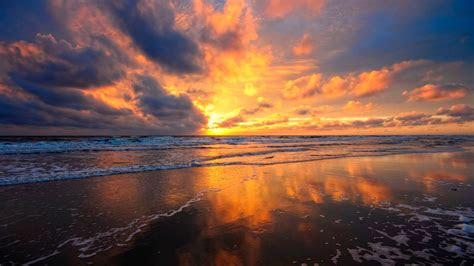 ... Time feels so vast that were it not
For an Eternity -
I fear me this Circumference
Engross my Finity - 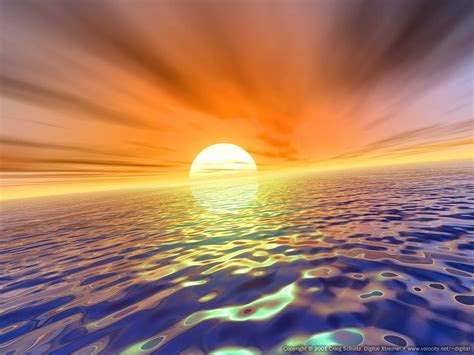 ... To His exclusion, who prepare
By rudiments of Size
For the stupendous Volume
Of His Diameters - 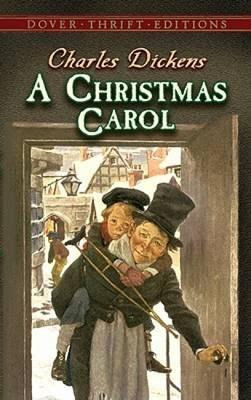 Another famous writer who had some works published in James T. Fields' The Atlantic Monthly, was Charles Dickens, author of The Christmas Carol, 1843. 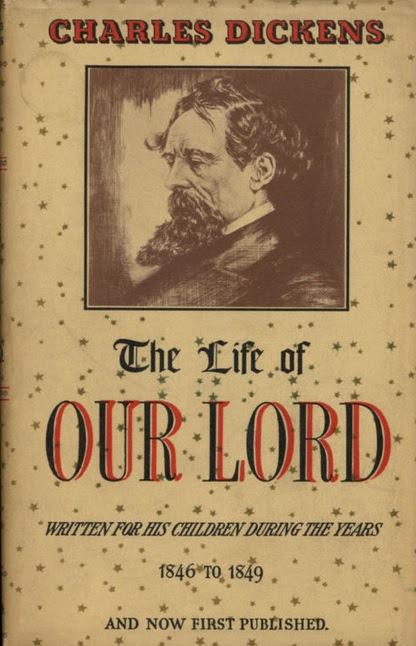 A relatively unknown work by Charles Dickens written for his ten children was titled. The Life of Our Lord, 1849.
It was left in the possession of his sister-in-law, Miss Georgia Hogarth.
﻿At her death in 1917, it belonged to Charles Dicken's eighth son, Sir Henry Fielding Dickens, who made provision in his Last Will and Testament to have it published. 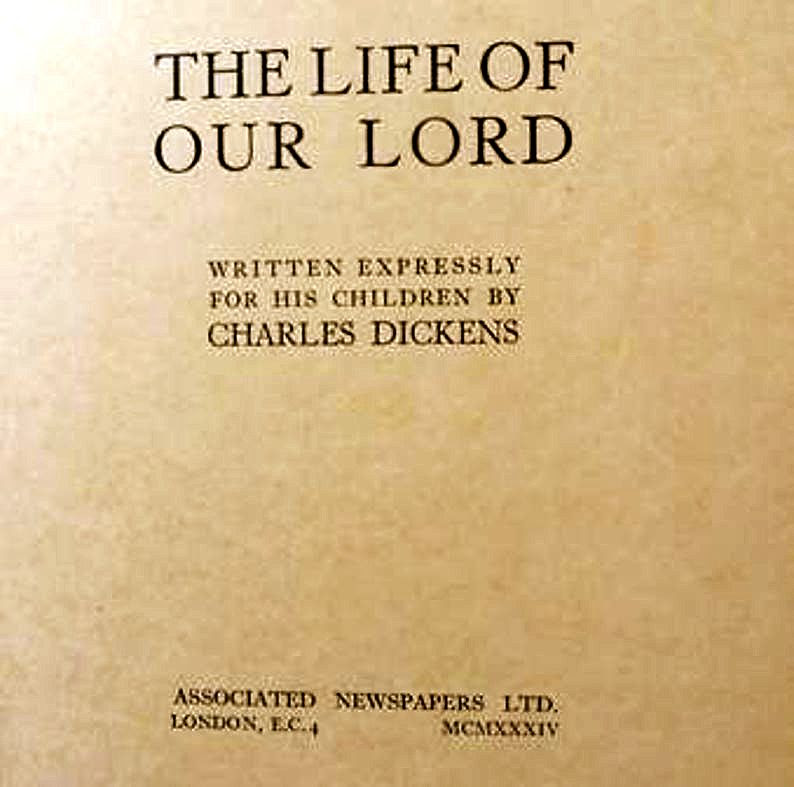 In March of 1934, Marie Dickens proceeded to have it published in serial form by the Associated Newspapers, Ltd., of London. 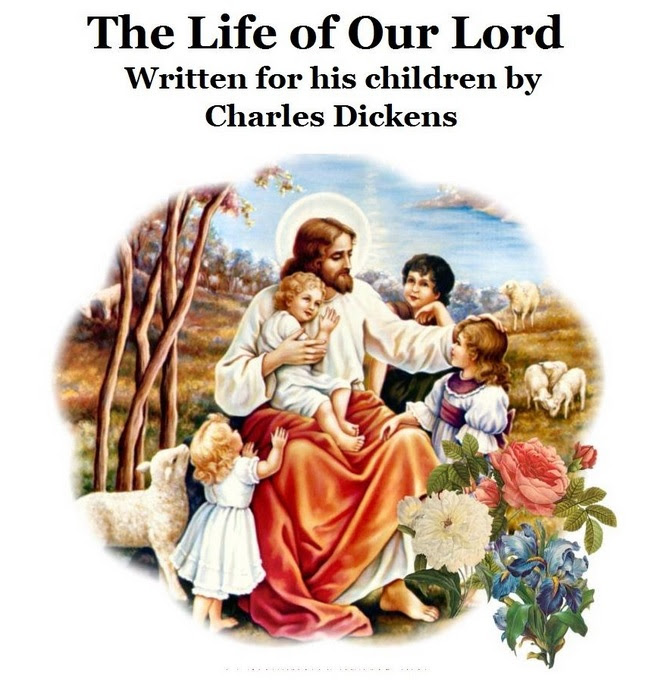 In it, Charles Dickens wrote:
"My dear children, I am very anxious that you should know something about the History of Jesus Christ.
For everybody ought to know about Him.
No one ever lived, who was so good, so kind, so gentle, and so sorry for all people who did wrong, or were in anyway ill or miserable, as he was.
And he is now in Heaven, where we hope to go, and to meet each other after we are dead, and there be happy always together, you never can think what a good place Heaven is, without knowing who he was and what he did." 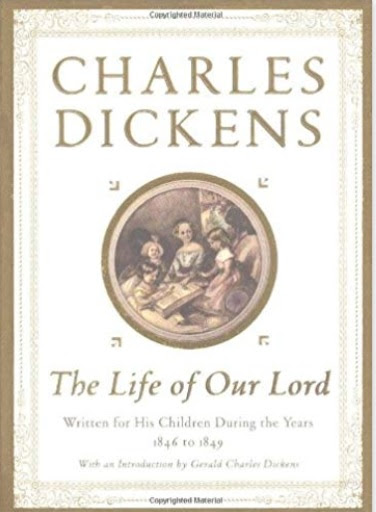 Relaying the Gospel, Dickens continued:
"When he came out of the Wilderness, he began to cure sick people by only laying his hand upon them;
for God had given him power to heal the sick, and to give sight to the blind, and to do many wonderful and solemn things of which I shall tell you more bye and bye, and which are called the 'Miracles' of Christ.
I wish you would remember that word, because I shall use it again, and I should like you to know that it means something which is very wonderful and which could not be done without God's leave and assistance." 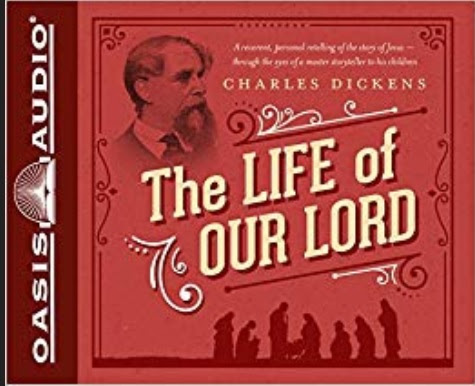 Giving the account of Lazarus, Dickens wrote:
"Jesus ordered the stone to be rolled away, which was done.
Then, after casting up his eyes, and thanking God, he said, in a loud and solemn voice, 'Lazarus, come forth!' and the dead man, Lazarus, restored to life, came out among the people, and went home with his sisters.
At this sight ... many of the people there, believed that Christ was indeed the Son of God, come to instruct and save mankind." 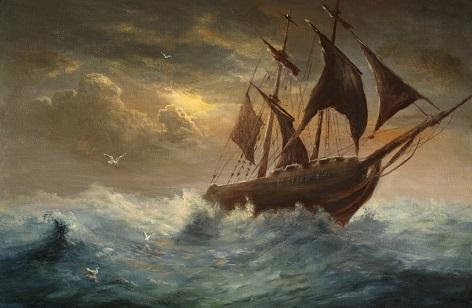 The Atlantic Monthly editor James T. Fields wrote a poem in 1858, titled "The Captain's Daughter or The Ballad of the Tempest":
"... WE were crowded in the cabin,
Not a soul would dare to sleep,--
It was midnight on the waters,
And a storm was on the deep. 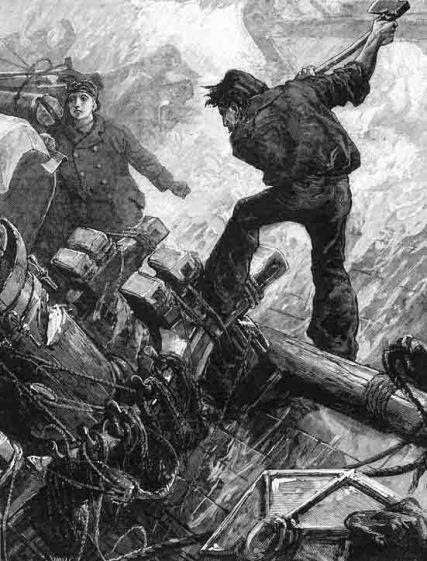 'Tis a fearful thing in winter
To be shattered by the blast,
And to hear the rattling trumpet
Thunder, 'Cut away the mast!'
So we shuddered there in silence,--
For the stoutest held his breath,
While the hungry sea was roaring
And the breakers talked with death. 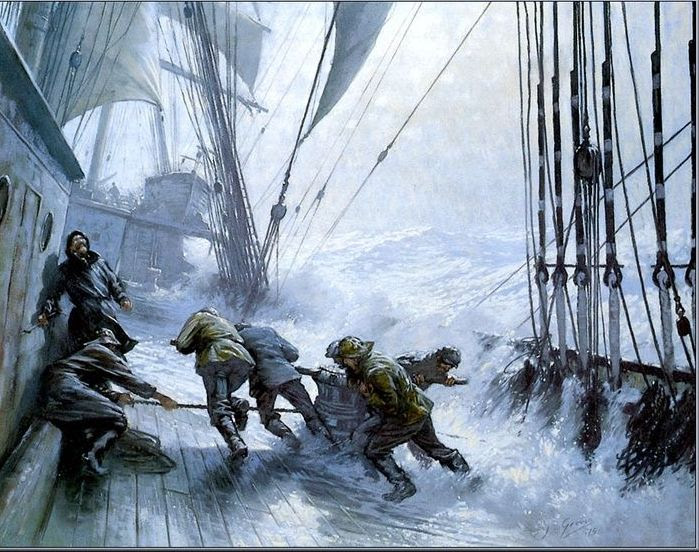 As thus we sat in darkness
Each one busy with his prayers,
'We are lost!' the captain shouted,
As he staggered down the stairs. 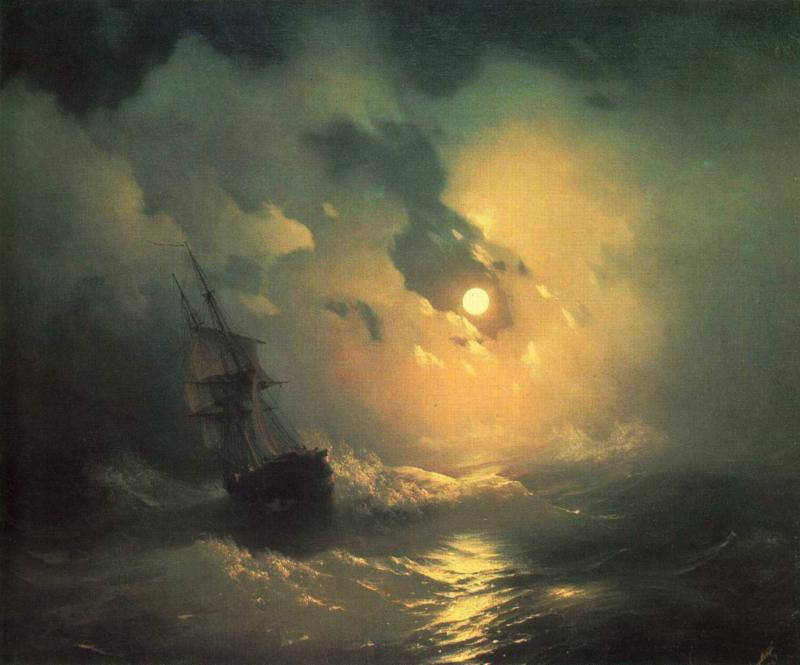 But his little daughter whispered,
As she took his icy hand,
'Isn't God upon the ocean,
Just the same as on the land?'
Then we kissed the little maiden,
And we spake in better cheer,
And we anchored safe in harbor
When the morn was shining clear."
--
Read as PDF ... "Until We Meet Again" & James T. Fields' The Atlantic Monthly, "The Captain's Daughter" 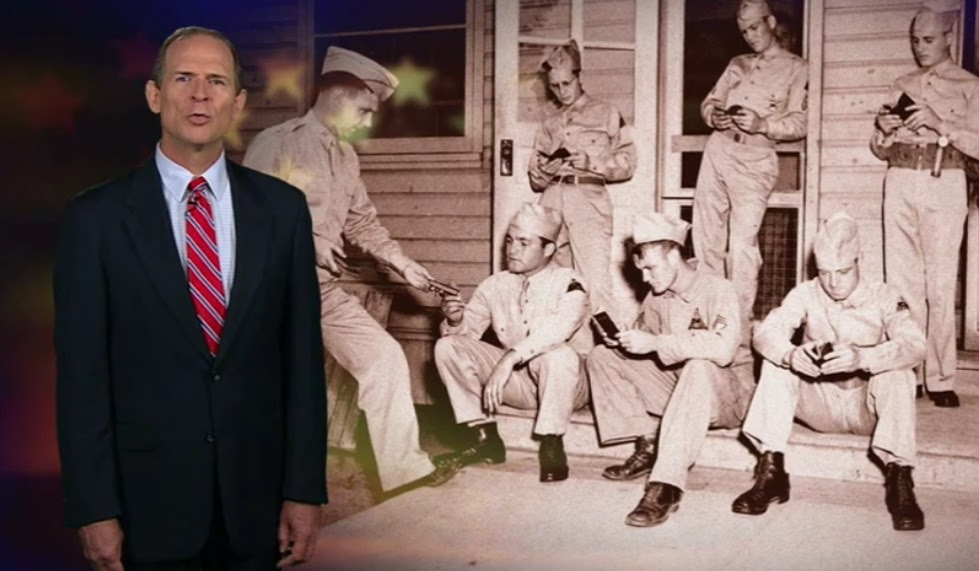 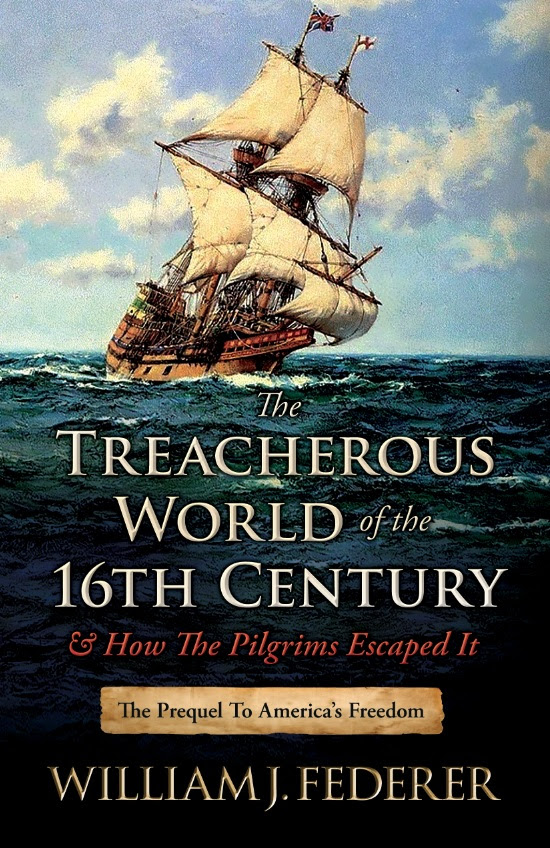 The Treacherous World of the 16th Century and How the Pilgrims Escaped It: The Prequel to America's Freedom
Schedule Bill Federer for informative interviews & captivating PowerPoint presentations: 314-502-8924 wjfederer@gmail.com
American Minute is a registered trademark of William J. Federer. Permission is granted to forward, reprint, or duplicate, with acknowledgment.
www.AmericanMinute.com

Coolidge warned of Deep-State: "Bureaucracy ... overwhelms democracy ... having authority over everybody and being responsible to nobody" - American Minute with Bill Federer
May 15, 2021

The State of Israel & The Ancient Hebrew Republic "America and Israel have a common love of human freedom and a democratic way of life"-Johnson - American Minute with Bill Federer
May 14, 2021

Voyages that Changed the World - Columbus' Four Expeditions to the New World - American Minute with Bill Federer
May 12, 2021