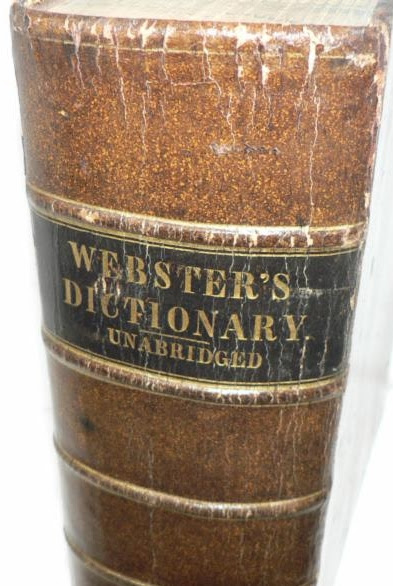 The concept of patriotic "DUTY" was a well understood term by America's founders.
Webster's 1828 Dictionary defined "DUTY" as:
"That which a person owes to another; that which a person is bound, by any natural, moral or legal obligation, to pay, do or perform." 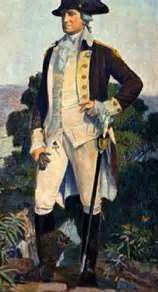 General Washington composed a "Circular to the States," January 31, 1782:
"The race is not always to the swift, nor the battle to the strong;
yet, without presumptuously waiting for miracles to be wrought in our favor, IT IS OUR INDISPENSABLE DUTY, with the deepest gratitude to Heaven for the past, ﻿and humble confidence in its smiles on our future operations, to make use of all the means in our power for our defense and security." 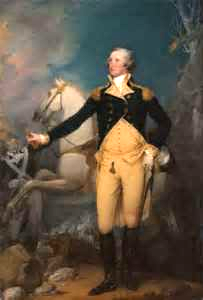 Washington directed from Newburg, New York, March 22, 1783:
"In justice to the zeal and ability of the Chaplains, as well as to his own feelings, the Commander-in-Chief thinks it is a DUTY to declare that the regularity ... with which Divine Service is performed every Sunday, will reflect great credit on the army in general, tend to improve the morals." 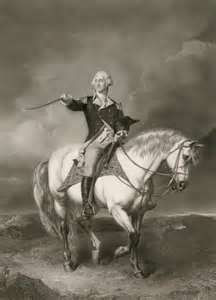 General George Washington wrote to Congress from Annapolis, Maryland, December 23, 1783:
"I consider it an INDISPENSABLE DUTY to close this last solemn act of my official life by commending the interest of our dearest country to the protection of Almighty God, and those who have the superintendence of them, to His Holy keeping." 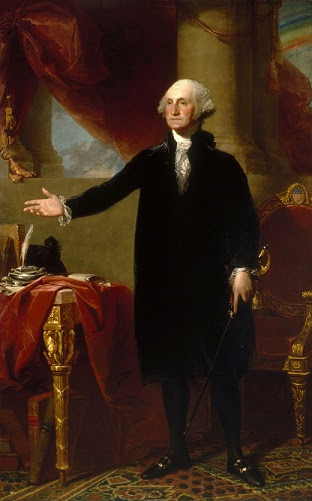 As President, George Washington issued a Proclamation of a National Day of Public Thanksgiving and Prayer, January 1, 1795:
"It is in an especial manner OUR DUTY AS A PEOPLE, with devout reverence and affectionate gratitude, to acknowledge our many and great obligations to Almighty God and to implore Him to continue and confirm the blessings we experience." 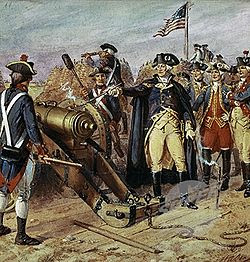 Washington issued a Proclamation of a National Day of Thanksgiving, October 3, 1789:
"It is the DUTY OF ALL NATIONS to acknowledge the Providence of Almighty God, to obey His will, to be grateful for His benefits, and humbly to implore His protection and favor." 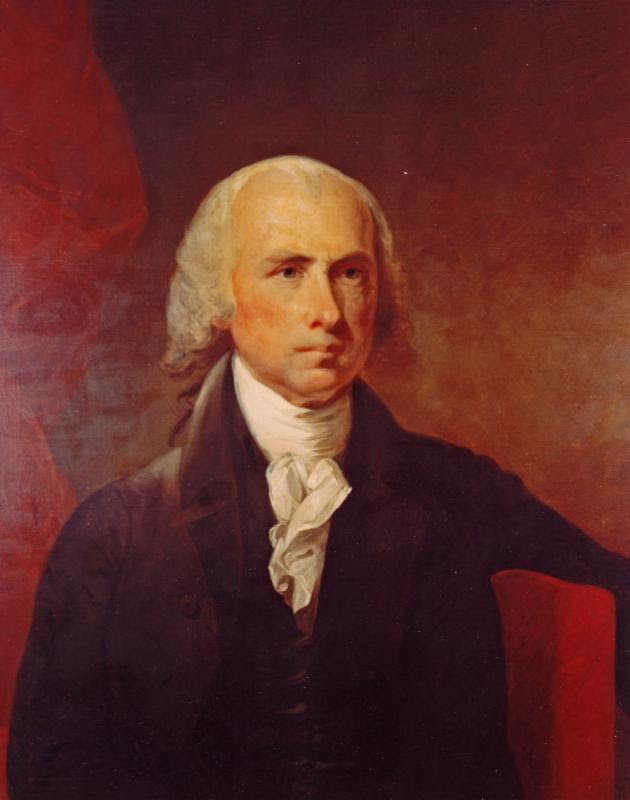 With the assistance of James Madison, the wording of Article 16 of the Virginia Declaration of Rights was ratified June 12, 1776:
"Article XVI. That Religion, or THE DUTY WHICH WE OWE OUR CREATOR, and the Manner of discharging it, can be directed only by Reason and Convictions, not by Force or Violence;
and therefore all Men are equally entitled to the free exercise of Religion, according to the Dictates of Conscience; and that IT IS THE MUTUAL DUTY of all to practice Christian Forbearance, Love, and Charity towards each other." 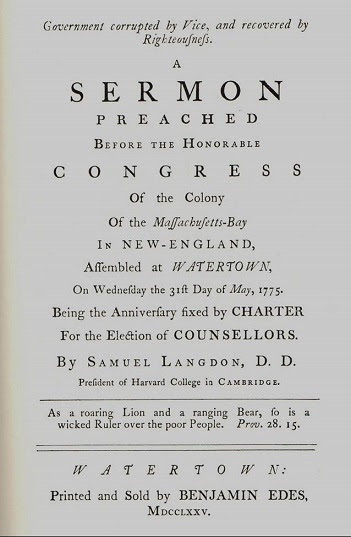 After the victory of Fort Ticonderoga, Harvard President Samuel Langdon addressed the Massachusetts Provincial Congress with the message "Government Corrupted by Vice," May 31, 1775
"Thanks be to God, that He has given us, as men, natural rights ...
If ... servants of the public forget their DUTY, betray their trust and sell their country, or make war against the most valuable rights and privileges of the people ... THEY SHOULD BE DISCARDED, and others appointed in their room." 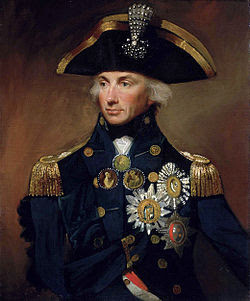 A classic example of DUTY was British Admiral Horatio Nelson.
He lost his right eye capturing Corsica in 1794, and his right arm attacking the Canary Islands in 1797.
He captured six and destroyed seven of Napoleon's ships at the Battle of the Nile, trapping Napoleon in Muslim Egypt.
He assaulted Copenhagen.

Horatio Nelson is best remembered for winning one of the greatest naval battles in history, the Battle of Trafalgar, OCTOBER 21, 1805. 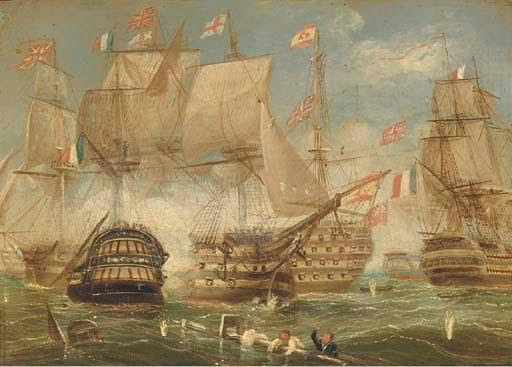 The daring 47-year-old Nelson defeated 36-year-old Napoleon's combined French and Spanish fleets, consisting of 33 ships with 2,640 guns off the coast of Spain. 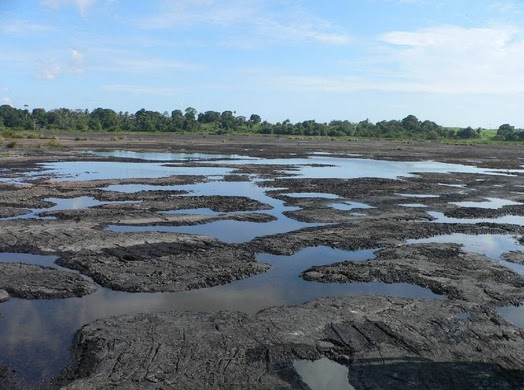 On reason for the victory was the speed of the British ships, aided by their hulls being caulked with tar from Pitch Lake on the Island of Trinidad. 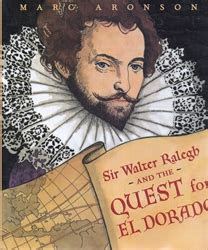 The world's largest natural asphalt lake, it was first discovered by Sir Walter Raleigh in 1595 in his search for El Dorado-the City of Gold. 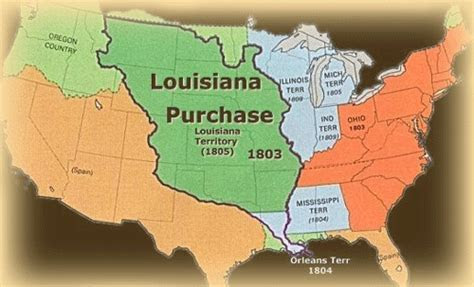 Napoleon financed his military campaigns, in part, by selling 828,000 square miles, the Louisiana Territory, to the United States in 1803 for fifteen million dollars. 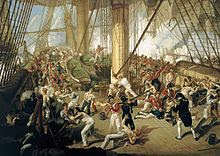 Napoleon's ships intended to pick up 90,000 French troops waiting on the coast of France.
From there they were planning to cross the English Channel and invade Britain. 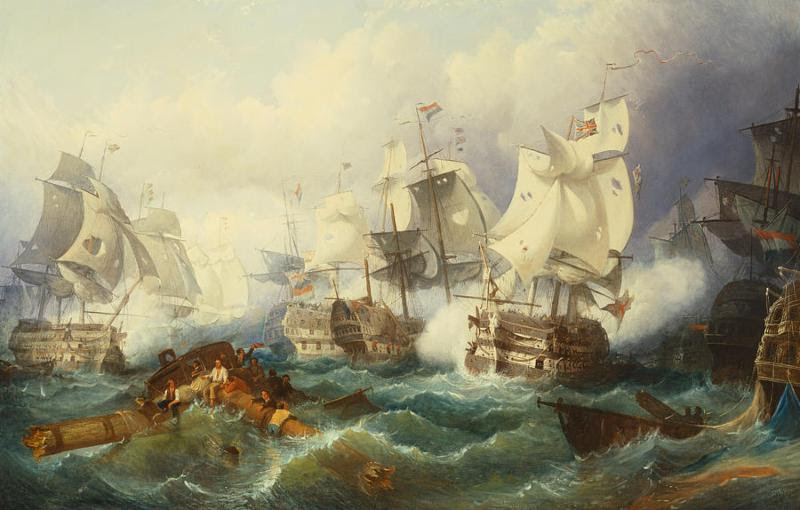 Napoleon's ships were defeated by Admiral Nelson, ending Napoleon's dreams of world conquest and leaving Britain with the undisputed most powerful navy in the world. 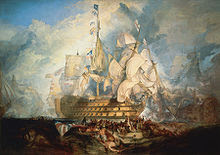 During the Battle of Trafalgar, ships were ripped apart by cannonade and musket shot at point blank range.
Over ten thousand were killed or wounded. 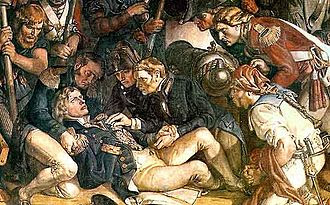 Admiral Nelson was fatally shot in the spine.
He was carried below deck to the ship's surgeon. 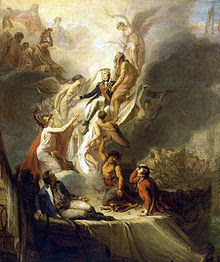 Nelson's last words were:
"Thank God I have done my duty." 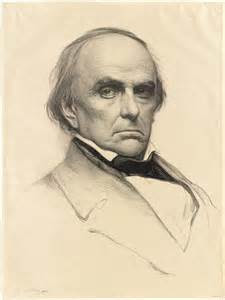 Daniel Webster explained how Americans duty to defend liberty cannot be stopped if we have courage.
He remarked at the Bicentennial Celebration of the landing of the Pilgrims at Plymouth Rock, Massachusetts, December 22, 1820:
"This love of religious liberty ... made up of the clearest sense of right and the highest conviction of DUTY, is able to look the sternest despotism in the face, and, with means apparently most inadequate, to shake principalities and powers.
There is a boldness, a spirit of daring ... 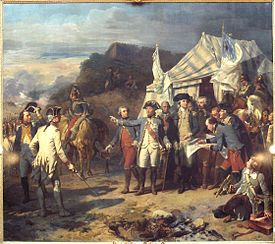 ... If the hand of power be laid upon it, this only seems to augment its force ... Nothing ... can forcibly restrain it, when it breaks forth. Nothing can stop it." 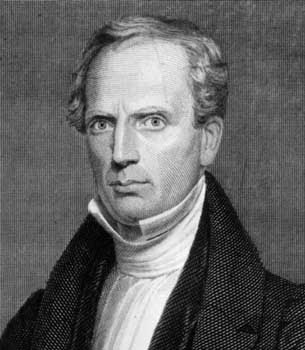 Charles Finney wrote in Lecture XV "Hindrances to Revival" (Revival Lectures, 1855):
"Politics are a part of religion in such a country as this, and Christians must do their DUTY to the country as a part of their DUTY to God.
It seems sometimes as if the foundations of the nation were becoming rotten, and Christians seem to act as if they thought God did not see what they do in politics.
But I tell you, He does see it, and He will bless or curse this nation, according to the course they take."

After 28 years of fighting slavery entrenched in the Democrat South, Congressman and former President John Quincy Adams was asked if he every got discouraged.
He responded:
"DUTY is ours; results are God's." 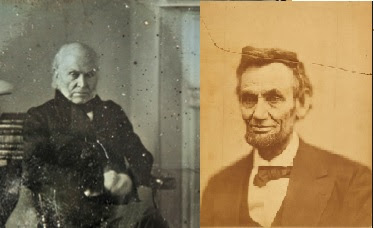 A young abolitionist Congressman from Illinois who was influenced by John Quincy Adams, and who was a pall-bearer at his funeral, was Abraham Lincoln.
As the first Republican President, Lincoln challenged February 27, 1860:
"Neither let us be slandered from our DUTY by false accusations against us ... Let us have faith that right makes might, and in that faith, let us, to the end, dare to do our DUTY."
--

American Minute is a registered trademark of William J. Federer. Permission is granted to forward, reprint, or duplicate, with acknowledgment. (wjfederer@gmail.com 314-502-8924)
Fair Use Disclaimer (17 U.S. Code § 107): The above work is provided for not-for-profit educational purposes, free of charge, add free, and noncommercial. All images, text, excerpts and quotations included therein are for the purposes of teaching, scholarship, research, criticism, comment, and news reporting.